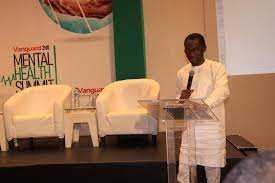 SOME mental health experts have appealed to the Federal Government to be more committed to addressing the nation’s psychiatric health needs and challenges.

The experts made the appeal at the Vanguard 2nd Mental Health Summit on Thursday in Lagos.

The News Agency of Nigeria (NAN) reports that the theme of Summit was: “Mental Health In A Distressed Economy”

Prof. Taiwo Sheikh, immediate past President, Association of Psychiatrists of Nigeria (APN), urged the Federal Government to pay more attention to mental healthcare and increase investments to the subsector so as to boost its delivery in the country.

He said it was pertinent to increase investments in mental health, in view of the increasing cases of mental health conditions arising from security issues and other socio-economic challenges in the country.

He said it had become necessary for the government to increase its allocation, investments and funding to mental health in view of the increasing rate of psychiatric health cases.

He said the increased allocation of funding also became necessary in the face of a huge treatment gap for psychiatric health conditions in the country.

He lamented that it was only three per cent of the budgetary allocation to the health sector that was provided for psychiatric health in Nigeria.

According to him, the government needs to show more commitment by enacting and enforcing policies that would enhance psychiatric health service delivery.

The President of World Medical Association, Dr Osahon Enabulele, said the government should intensify efforts to ensure the passage of the Mental Health Bill presently before the National Assembly.

Enabulele said the passage of the Bill had become imperative to provide direction for a coherent response to psychiatric health and substance abuse victims while regulating the activities of psychiatric health services and institutions.

He said hospitals and community health centres focused on psychiatric health had no extant laws backing them.

According to him, the Bill seeks to address the issue of social discrimination against people suffering from mentally related ailments.

He described the law operating in the country as an “archaic lunacy law’’, which he said had been in use since the early 1980s.

“This Mental Health Bill in Nigeria has been at the National Assembly for several years without passage into law though it has gone through third reading.

“Unless this Bill is passed into law like it was done in some other countries, Nigeria’s psychiatric health patients will continue to suffer social stigma.

“In many of our cities today, we see young and old people with mental health challenges running around the streets constituting public nuisance.

“This is because the government has not come out with a policy to stop such persons and reintegrate them in society. I believe this bill will give them some hope and a second chance in life,’’ he said.

Also, the Training Coordinator of Suicide Research and Prevention Initiative (SURPIN), Ms Titilayo Tade, said like other patients suffering from various ailments, people with a psychiatric ailment should be shown empathy and not discriminated against.

She added that research had revealed that 31 per cent of diseases affecting people in the world were mentally and psychologically related.

Earlier, the Editor-in-Chief, Vanguard Newspaper, Mr Gbenga Adefaye, said that the summit focused on the impact of the mental health crisis on the National economy.

Adefaye said the maiden summit in 2021 helped to further break the lingering silence around mental health and mental illness, saying that the summit was launched last year.

“Through the mental health summit series, Vanguard has given a new orientation and purpose to the discourse, by educating and informing the general public to make informed decisions and commentaries on one hand, and strengthening the hope and expectations of those directly affected on the other.

“It is no secret that in Nigeria, access to quality, affordable mental health care is limited, and where available, inadequate. The stigma and discrimination around mental health issues make matters even more challenging.

“Our determination is that things must change and change for the better. We are proud advocates of that change through the Vanguard mental health summit series,” Adefaye said. (NAN)