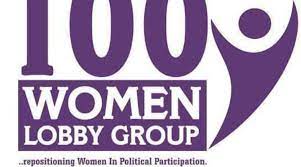 Onibon stated this at a summit for female politicians/candidates on improving electoral integrity and accountability in Nigeria on Wednesday in Akure.

She said the group was worried that the country’s political atmosphere has not been fair to the female gender.

The summit agreed to support a candidate with a plan for women’s inclusion in politics.

“The issue of vote buying is a new phenomenon and that is not the only reason we are having a new challenge, maybe a kind of negative climate that exists for women to participate actively in politics,” she said.

Onibon said that the social discrimination against women in some areas was also affecting the ascension of women into political leadership.

She noted that the main purpose of the meeting was to strategise and support women candidates across all political parties in the state.

“One of the main purposes is that election is coming and we want our women to be aware of what we have up our shoulders, we already know that through the primaries.

“Not too many women have been able to scale through, and we need a strategy in that the few women that scale through, regardless of any political party needed to be supported,” she said.

Also, Mrs Olamide Falana, Special Adviser on gender to the governor of Ondo State, expressed dissatisfaction with the percentage of women in government in the country.

Falana said she was hopeful that more women would be involved in government in the coming dispensation.

She also commended Gov. Rotimi Akeredolu for creating the gender office in the state. (NAN)