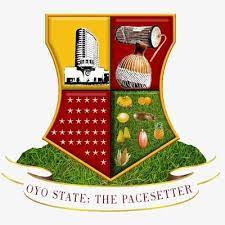 THE Oyo State Government has barred private firms already disengaged from waste collection from further participating in refuse evacuation in the state.

This is contained in a statement signed by the State Commissioner for Information, Culture and Tourism, Dr Wasiu Olatubosun and made available  on Friday, in Ibadan.

The News Agency of Nigeria (NAN) reports that Gov. Seyi Makinde gave the directive in a government newsletter on Thursday.

The governor who spoke on the new waste management architecture, said  the authorities were aware that some disengaged firms had continued to work within the state.

He warned that they should desist from further encroaching on the activities of the new waste managers.

“We are aware that some Private Sector Participants (PSPs), who have been disengaged by the state, are still evacuating waste from some residential and commercial areas.

“Let me use this medium to warn them to desist from further encroaching on the activities of the new solid waste managers,” he said.

The governor identified the only recognised solid waste managers as Mottainai Recycling Limited, directing that action be taken against any PSP and those who continued to do business with them.

Makinde in the newsletter, solicited the support of people of Oyo State, saying the new solid waste management structure would not work without them.

The governor promised to continue to deliver good governance to the people of the state.

“We plan to ensure that Oyo State maintains its pacesetter status among the states in Nigeria. We will not relent until we reach the finish line,” he said. (NAN)