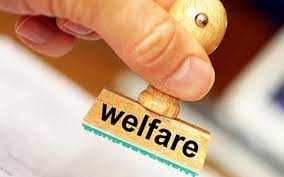 THE Director of Badagry District  of the St. Vincent de Paul, Mr Charles Ezenwoke, says the organisation will redouble its effort in 2023 in taking care of the less-privileged in the society.

Ezenwoke said this at the inventory session of the activities of St. Vincent De Poor for 2022 and its projection for 2023 on Wednesday in Lagos.

The News Agency of Nigeria (NAN) reports that the session which comprised parish officials of the body within Badagry zone, was held at the St. Augustine Catholic Church, Iba, Lagos.

It reports that the organisation, a humanitarian arm of the Catholic Church, gives assistance to the less privileged in the society with donations from members and the public.

It further reports that the body periodically distributes items to people to help them live a better life while preach the gospel to  redeem their souls.

Speaking at the event, Ezenwoke said that the rising economic challenges in the land had continued  to make the number of less-privileged in the society to increase daily.

According to him, the organisation’s experiences in 2022 show that people are coming out en masse to receive items from them unlike previous years.

Ezenwoke said  the organisation was compelled to ration items, including cash, for them to go round.

He said it showed that the social crisis that prompted such trend was not abetting.

“As an organisation that has taken people’s welfare as a devotion, we cannot relent on the service.

“Rather we are poised to do more to meet people’s challenges to the glory of God.

“With our findings on previous years, the body’s scope of beneficiaries will be widened to include areas that were not attended to before.

“Some of the areas that have been beneficiaries of the Church’s goodwill are correctional centres, motherless homes, old people’s homes, schools for disabled etc,” he said.

The director, who stressed the need for wealthy persons to aid the poor in the society, said that it was a biblical injunction for a harmonious society.

Ezenwoke tasked government at all levels to begin social welfare packages for people mostly the elderly to enable them live without being a burden to their relatives. (NAN)