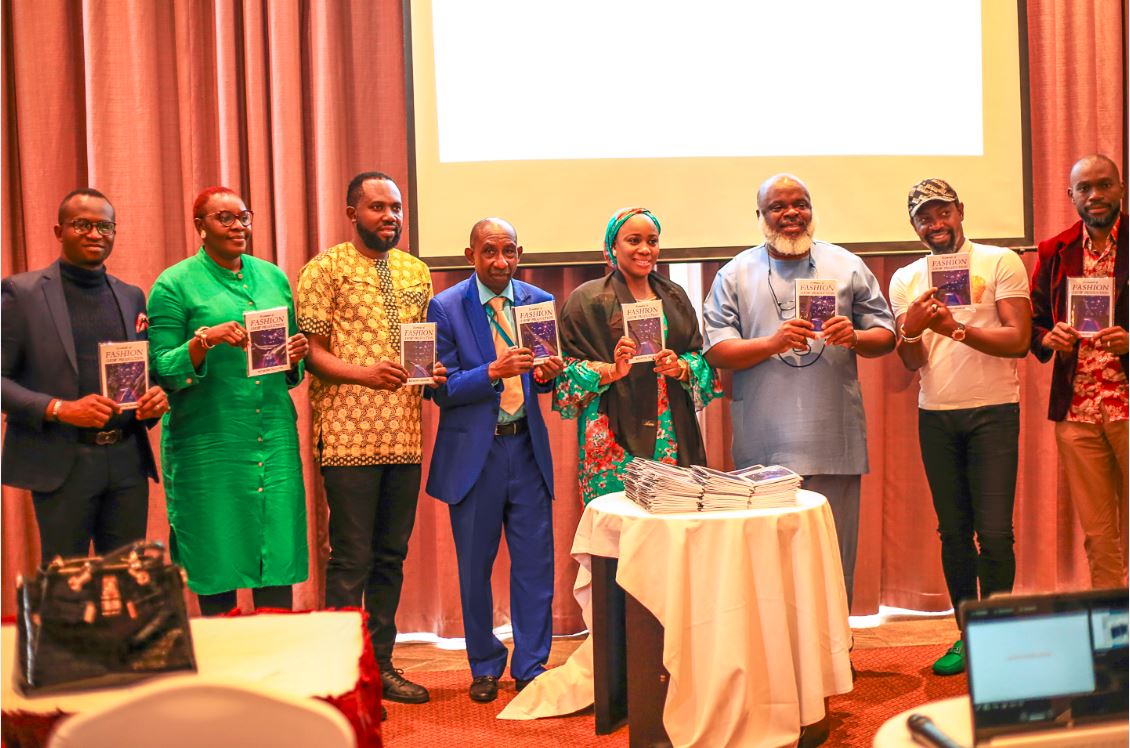 Ukaegbu, the South-South zonal coordinator of the Guild of Corporate Publishers (GOCOP), who unveiled the book at Le’Meridien Hotel in Port Harcourt on Tuesday, January 24, 2023, said the fashion industry has turned into a huge sector of the global economy.

He told a select-audience at the book unveiling that apart from giving back to an industry that shot him to limelight over the years, there is need to provide a guide to fashion show production and the inner techniques that go with it.

Ukaegbu said it was important to put the strategic ideas together in book form.

In the introduction to the book, the author said the era of regarding those in the fashion industry as ‘not-serious-minded people’ or as drop-outs is long gone.

Instead, he emphasised, the industry has contributed a huge amount to the gross domestic product (GDP) of various nations.

In his book review, Dr Harcourt White of the University of Port Harcourt (UNIPORT), paid tributes to the communications prowess crowned with two degrees already and a doctorate soon to be added.

Dr White said from the cover of the book to the font choice, pagination, graphics, to choice of language, the book, Essentials of Fashion Show Production, is a unique contribution to the industry under focus.

The don and former head of department (HOD) in cinematography said the objective of the book is provide a guide to the fashion industry and urged everyone to strive to read the book.

In a goodwill message, the president of GOCOP, Maureen Chigbo, described Ukaegbu is a focused and dedicated leader in the guild.

The president, who was represented by Port Harcourt-based Ignatius Chukwu, observed that fashion show awareness is moving to the Garden City, saying it is a huge industry where Nigeria’s 210 million populace put on at least two dresses each day.

She said GOCOP leaders are always excited each time their member gives birth to a book or a new publication and thus commended Ukaegbu for making the guild proud.