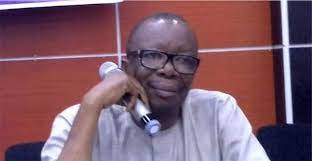 THE President of Academic Staff Union of Universities (ASUU), Emmanuel Osodeke, has maintained the current strike by the members of the union will linger on till Federal Government is ready to accede to their terms.

He noted that universities’ students are making sacrifices for the coming generation to have basic amenities in school and access to quality education.

According to him: “The affected students are making sacrifices for development in the schools so that future generations can benefit.

“For anything to develop some people will make sacrifices, you will agree with me that Nigerian universities are on the verge of collapsing. This struggle is not just for them but the future generations.”

He pointed out students are moving out of the country in large number because of the on-ongoing strike.

According to him: “Large number of lecturers have moved out not because they hate this country but because of the way they are being treated. There’s no country in the world that their academics will go on strike and you think the best weapon to use is to seize their salary.

“When we were on the strike lecturers in UK went on strike it didn’t take two day for them to resolve it, Ghanaian lecturers went on strike and they resolved it but here they felt nonchalant and you know why?because they have no commitments, their children are not here. We will go as far as we can on this strike to the point they are ready to agree to our demands.”