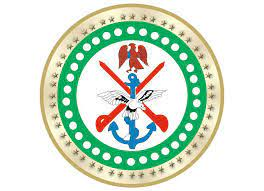 Military Pensions Board (MPB) says the delay in the receipt of payment of Security Debarment Allowance (SDA) by eligible military retirees was due to hitches between the Central Bank of Nigeria (CBN) and disbursing banks.

The Chairman of the board, Rear Adm. Saburi Lawal, made this known in a statement on Wednesday in Abuja.

Lawal said the delay did not emanate from the board but from technical hitches experienced between the CBN and the disbursing banks of the retirees and Next-of-kins (NOK) of deceased pensioners.

He said the Board had, however, assured the retirees that efforts were being made to resolve the observed problems and commence payment.

“It has, however, come to the notice of the board that bank accounts of some of our esteemed pensioners are yet to be credited with their entitlements, especially for those banking with the Unity Bank, Access Bank, Eco Bank, Keystone Bank and Heritage Bank.

“It is pertinent to clarify that the delay is not caused by the board. It is as a result of some technical hitches experienced in the execution of the MPB’s mandate by the Central Bank of Nigeria (CBN) and the commercial banks earlier mentioned.

“Notwithstanding this development, the board is assuring our esteemed pensioners that the MPB is on top of the situation as efforts are being made to ensure all eligible pensioners get paid as soon as possible.

“Furthermore, the Board is using this medium to request all members of veteran associations to please inform NOKs of deceased pensioners that payment of SDA to eligible deceased military pensioners will commence on Thursday, Jan. 19,” he said.

Lawal also urged the NOKs of eligible deceased military personnel who died after Nov. 9, 2017 to contact their respective banks for their entitlements.

He also advised those whose bank account details were not with the board to formally apply to the Chairman MPB for their entitlements.

“Others are means of identification of the NOK such as National Identity Card, International Passport or Driver’s License, passport photograph of the NOK and Letter from bank confirming account details of the NOK.

“In the same vein, all non-pensionable military retirees who retired prior to Nov. 9, 2017, and alive are also to apply to the Chairman MPB for payment of their SDA entitlements.

“Their applications are to be accompanied with the following documents: Copy of Discharge Certificate/Retirement Letter.

“Copy of Discharge/Retirement ID Card, current passport photograph and letter from bank confirming account details of the Retiree,” he added.

MPB chair thanked the affected pensioners, retirees and NOKs for their patience and understanding, adding that the board regretted the inconveniences caused by the delay.

He restated the commitment of the board to always serve them better on issues bothering on their entitlements. (NAN)