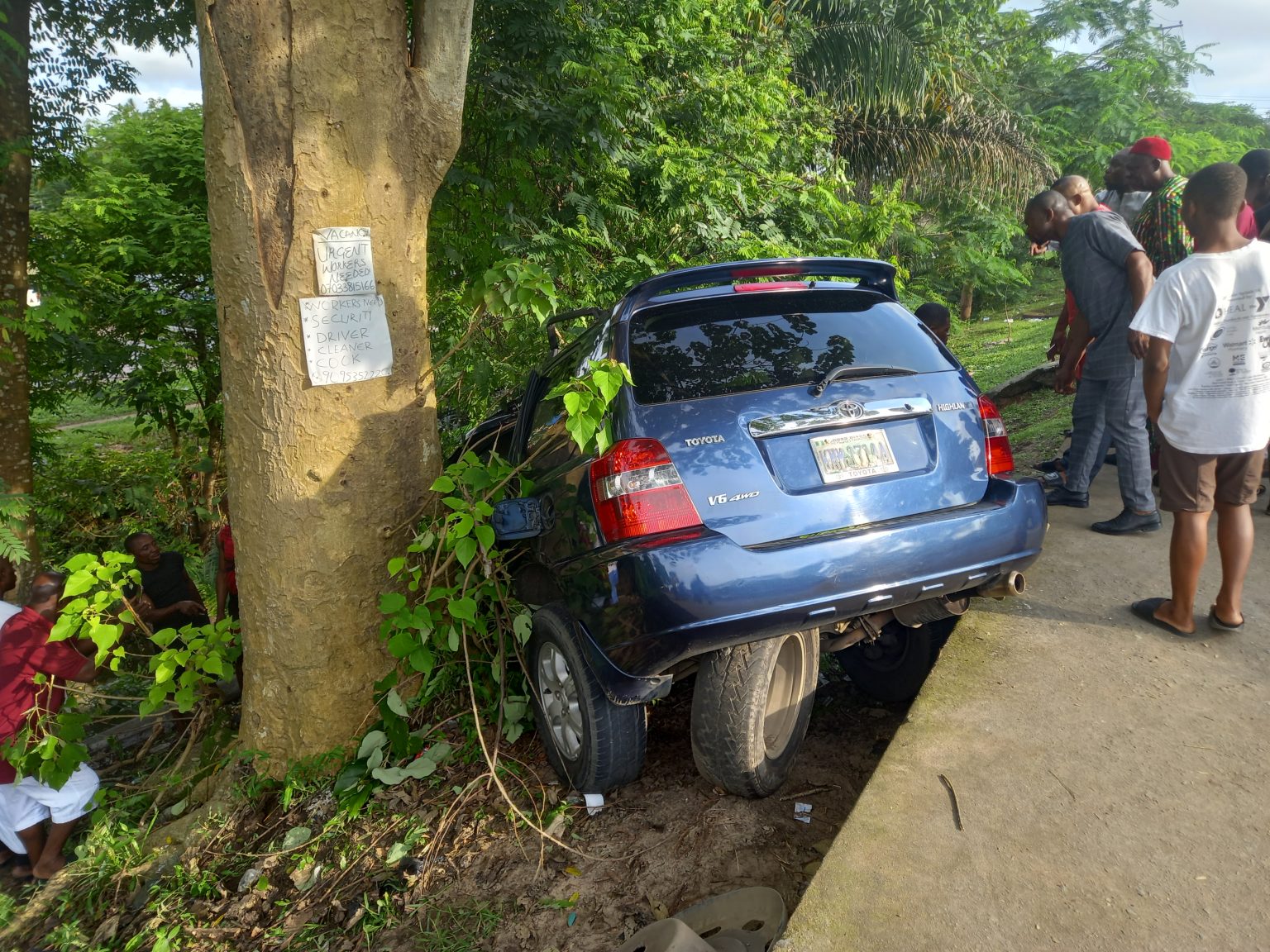 THE Sector Commander, FRSC Cross River, Mr Maikano Hassan, has confirmed a lone accident in which a middle age woman died in Calabar on Sunday.

Hassan who spoke with the News Agency of Nigeria (NAN), said that the incident was caused by speeding.

He said that the incident which occured on the Muritala Mohammed Road, saw the Toyota Highlander the woman was driving skid off the road into a ditch by the highway.

According to him, “Though the woman was immediately rushed to a nearby hospital, she was pronounced dead minutes later due to injury sustained from the incident.”

NAN gathered that the woman was pursuing her husband who was alleged to be with a “side chick” in his car when she lost control of her vehicle. (NAN)