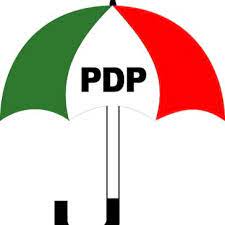 Aniagwu, who is the Delta Commissioner for Information, stated this while answering questions on a television event monitored by the News Agency of Nigeria (NAN) in Asaba.

He said that PDP as a national party was committed to the ideals of freedom of speech and expression as guaranteed by the Nigeria constitution.

He adding that individuals in the party were exercising their democratic rights and helping to widen the democratic space.

“Atiku is a man of character who keeps his words if he says look we are going to run a government that will rescue Nigeria he knows that for him to do that, every segment  of the society must be carried along and that includes our brothers and sisters in South West.

“What Atiku wants is to have a very peaceful government so that at the end of the day he is able to unite the country and because he believes that for him to be able to drive the economic policies he need to first of all bring everybody on board.

“To unite the country, he is trying to bring individuals who have the ability whether they are in the diaspora or other political parties, once you have got the quality to be effective, he brings you in.

“What is happening within the PDP is democracy at play and even in the midst of the disagreements, the PDP is still far ahead of any other political party.”

Aniagwu said:”our candidate is the only person that has been able to show Nigerians that he has a policy framework that he will use to rescue Nigerians.

“No other candidate has been able to produce anyone even from those parties you think they are quiet without any crisis.

“Our candidate is very much prepared and he has gone ahead to make a public presentation of what he intends to do with the economy.

“So, in spite of what you are hearing as disagreements, the PDP and our presidential candidate are far ahead of other parties that tend to have what we may call the peace of the grave yard.”

He commended Nigerians for their interest in the unity of the PDP and for the confidence reposed in the party to rescue Nigerians assuring that the crisis would soon be over.

“What Atiku is looking forward to is not just to get individuals on board for the purpose of getting the votes, Atiku is Interested in uniting the entire country but he is starting with the PDP.

“I asked the question, does Atiku Abubakar have the power to remove Ayu? No, he doesn’t have that power. And as a man who believe in the rule of law, he is not going to do that.

“Ayu was not appointed, he was elected at a national convention where every leader of the party including those who are not feeling comfortable with him were present.

On the attempt to challenge the use of Bimodal Voter Accreditation System (BVAS) in court, Aniagwu described the move as unrealistic as BVAS was provided for in the Electoral Act 2022 as amended.

He called on the National Assembly to reject any INEC nominee identified to be card carrying members of any political party to retain the independence and integrity of the electoral umpire.(NAN)