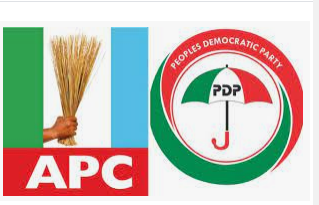 THE Zamfara Chapter of the All Progressives Congress (APC) has debunked online medium reports that some Special Advisers to Gov. Bello Matawalle have defected to the Peoples Democratic Party (PDP).

This is contained in a statement issued in Gusau on Friday by the state APC Publicity Secretary, Yusuf Idris.

Idris described the report as misleading and as a false information.

“The attention of Zamfara APC chapter has been drawn to a few social media reports making the rounds that some prominent members have left the party to the PDP in the state.

“The report is completely misleading and a desperate move by both the PDP and the defectors to build a fake image.

“It will be good to clear the minds of Nigerians that Zamfara people are well informed about who those imposters are” he said.

He said that Muhammad-Danburan was a former chairman of the commission while the incumbent ZASIAEC Chairman is Alhaji Isah Tambuwal.

“They only served as advisers under the immediate past administration of former Governor of the state, Alhaji Abdulaziz Yari.

“They have no significant roles in the present leadership of Gov. Bello Matawalle”, he added

Idris maintained that the ruling APC has continued to receive serving and former leaders of the PDP including candidates who were cleared to contest responsible positions in the 2023 general elections without lying to the good people of the state.

He said: “It certainty amounts to cowardice, mischief, misinformation, lies and deception for one to claim what one isn’t, even if he or she had been there just in order to score a false political point.

“It is high time the opposition PDP realises that no amount of such bad attitude will bring down the APC which holds nothing against the PDP.”

Idris urged the members of the PDP to go and meet the electorate and campaign, saying,”because smearing the APC through social media will not and cannot bring votes to them.

“We wish to again call on our members and supporters to as usual dismiss such gimmicks by the PDP as we continue to make our dear state better.” (NAN)