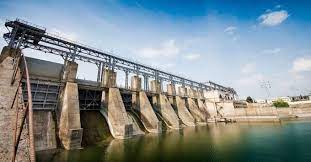 ZIMBABWE’S prolonged power shortage is set to worsen after the entity that manages southern Africa’s biggest dam ordered suspension of electricity generation at its main hydro plant because of a water shortage.

In a letter dated Nov. 25 and seen by Reuters, the Zambezi River Authority (ZRA) told the Zimbabwe Power Company on Monday that the Kariba South hydropower station had used more than its 2022 water allocation and that the Kariba Dam’s usable storage was only 4.6 per cent full.

The ZRA manages the Kariba Dam on behalf of the Zimbabwean and Zambian governments.

“The Zambezi River Authority is left with no choice but to firmly guide that … generation activities at the South Bank Power Station are wholly suspended henceforth until January 2023 when a further review of the substantive hydrological outlook at Kariba will be undertaken,’’ the letter read.

Zimbabwe has suffered acute power shortages for several years, as successive droughts have resulted in poor inflows into the Kariba Dam and as ageing coal-fired power stations had repeatedly broken down.

The government had licensed some independent solar producers to try to augment supply.

Kariba South has an installed capacity of 1,050mw but has been producing well below that due to low water levels in the dam.(Reuters/NAN)