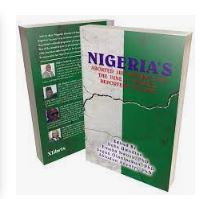 STAKEHOLDERS have urged the media to take active interest in politics and remain ideologically neutral in the discharge of their duties.

They made the call on Tuesday in Abuja at the public presentation of a book titled, “Nigeria’s Aborted Third Republic and The June 12 Debacle: Reporters’ Account ”.

The book was written by a group of journalists under the auspices of the National Association of Political Correspondents (NAPOC 90s) ,a set of journalists who reported in the 1990s.

Sen. Bola Tinubu , the presidential candidate of the All Progressives Congress (APC), commended the group for putting the book together as witnesses to the ”political turbulence” in the 80s and 90s.

“Deserving commendation are also members of the press for your heroic role in supporting not only the struggle for the revalidation of June 12,but also the restoration of democracy in our country .

“Let us not treat June 12 election as just another election ,it truly represented a watershed in our history as it moved us closer to our pan Nigeria dream ,a  nation where a Yoruba-born politician could team up with a Kanuri man and still win polls.

“With this book, your association ,hopefully has presented the readers a complete picture of what transpired during the period,”he said

The chairman of the occasion, Mr Olusegun Ronsewe, Director-General, National Council for Arts and Culture ,said although a lot had been written on June 12, the book was unique because it was authored by veteran  political journalists in the 90s.

Runsewe noted that the book was coming from the background of well-informed eye witnesses of the events to the build-up to the election ,circumstances of its annulment and its aftermath .

He said, “Indeed ,the journalist as a chronicler of events ,provides the raw materials for the historian.

“The book launch provides us an opportunity to reflect on the political circumstances of that time and to use June 12 as a lesson as we grapple with the challenges of the moment and aspire to take our nation to the next level.”

According to Runsewe, the take away from  the  book is to keep hope alive ,hope of a united one Nigeria that guarantees all citizens equal opportunity to pursue their dreams.

He said the time to build that Nigeria was now so, citizens should set aside their differences and embrace the unbreakable ties that bound them together.

Dr Emeka Nwosu, National Chairman, NAPOC said it was a thing of joy for them to come together after almost 30 years to share their thoughts and experiences of the 90s with the public.

“We are happy that the unveiling of this historic book is coinciding with yet another season of political contestation in our polity.

“There is quite a lot for the present crop of political actors to learn from this very insightful work, even practising journalists are not left out .

“There are vital  lessons they can pick from the book regarding the effective and unbiased coverage of political campaigns and elections based on the shared experiences of the various authors,” he said.

Nwosu said  that the example which NAPOC had set would inspire and guide current and future media practitioners in the years to come.

Mr Julius Abure, National Chairman, Labour Party, said it was time to imbibe the qualities of  good democracy because democracy in itself was not enough unless it  provided good governance and welfare for citizens.

Abure said that was why the book lunch was timely and urged Nigerians to use the opportunity the 2023 elections is presenting to them to make the right choice of leaders that would put Nigeria back on the right track for growth .

He urged citizens to vote for politicians wih character and the capability to deliver and make Nigeria  grow.

Sen. Ben Obi, a former Special Adviser to GoodLuck Jonathan on Inter-Party Affairs ,called on politicians to play politics without bitterness ahead of the 2023 general elections because politics was not a do or die affair .

Obi urged them to engage in issue-based campaign  leveraging on what they would do  to move the nation forward .

Malam Mahmood Jega, a former Chairman of Daily Trust Editorial Board ,said the 221 pages of the book talked about the journey  of Nigeria’s democracy .

“It is a rich book and with excellent parts written by veteran journalists,” he said.

Jega called on Nigerians to read the book and learn lessons especially from June 12 to chart the way forward for the nation’s democracy .(NAN)