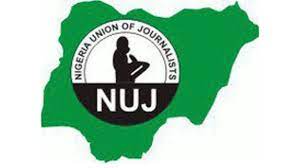 THE Nigeria Union of Journalists (NUJ) has urged journalists and media organisations to work towars promoting unity and peaceful coexistence ahead of the 2023 general elections.

They union also charged media practitioners on solution journalism in analysing electoral issues to facilitate credible election and growth of democratic culture in the country.

This is contained in a communique issued on Friday at the end of a one-day capacity building workshop for journalists in the North-East, on Thursday in Bauchi.

The communique jointly signed by Rauf Oyewole and Susan Edeh, Chairman and Secretary,  Communique Drafting Committee, said the workshop is being organised by the NUJ in partnership with INEC on conflict sensitive reporting and 2023 general elections.

The union urged journalists and media organisations to adopt fair and objective approach in analysing political parties involved in the election to promote national unity and peace.

“The 2023 general election is important to all journalists because it will further stabilise the nation’s democracy and strengthen the democratic culture in Nigeria.

“The media should report election activities in line with the electoral guidelines and laws while upholding its ethical standards.

“There is the need for the media/journalists to provide necessary information needed to the electorate to make right choices among the political parties and candidates.

“The workshop also reminded the journalists that no story was worth their lives. It tasked them to always identify redline while carrying out their work and leave any place that’s hostile to them,” it said.

The union further called on journalists and media organisations not to allowed themselves to be used as the mouthpiece for parties and their candidates during and after the elections.