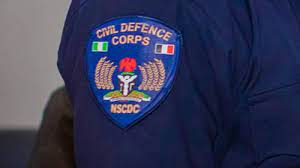 THE Nigeria Security and Civil Defence Corps, NSCDC, has stressed the need for politicians to eschew all forms of hate speeches and violence ahead of the 2023 general elections.

Mr Samuel Fadeyi, Commandant of the Corps in Cross River Stare stated   this in Calabar on Wednesday  during the commemoration of the 2022 International Day of Peace.

Mr Fadeyi who led personnel of  command in the state  on a peace walk along major routes in Calabar metropolis to create awareness  on the benefits of peace building for nation’s growth emphasised that  peaceful co-existence is a sine-qua-none for development.

He noted that as the campaign for the 2023 general election was set to commence on Sept. 28, it was important for politicians to eschew all forms of hate speeches and promote unity.

“All campaigns should be issue based, it shouldn’t be based on discrimination, racism or gender. People should shun hate speeches and embrace peace because we need unity to grow as a nation.

“Today has been designated by the United Nations as International Peace Day. It was established in 1981.

“By 2001, because of the conflicts all over the world, the day was designated as non violence and cease fire day as an addition to it been an International Peace Day.

“As we go out for this peace walk today, we are creating the awareness that peace must continue to reign in the country,” he said.

The theme for the 2022 International Peace Day is “End Racism, Build Peace”.