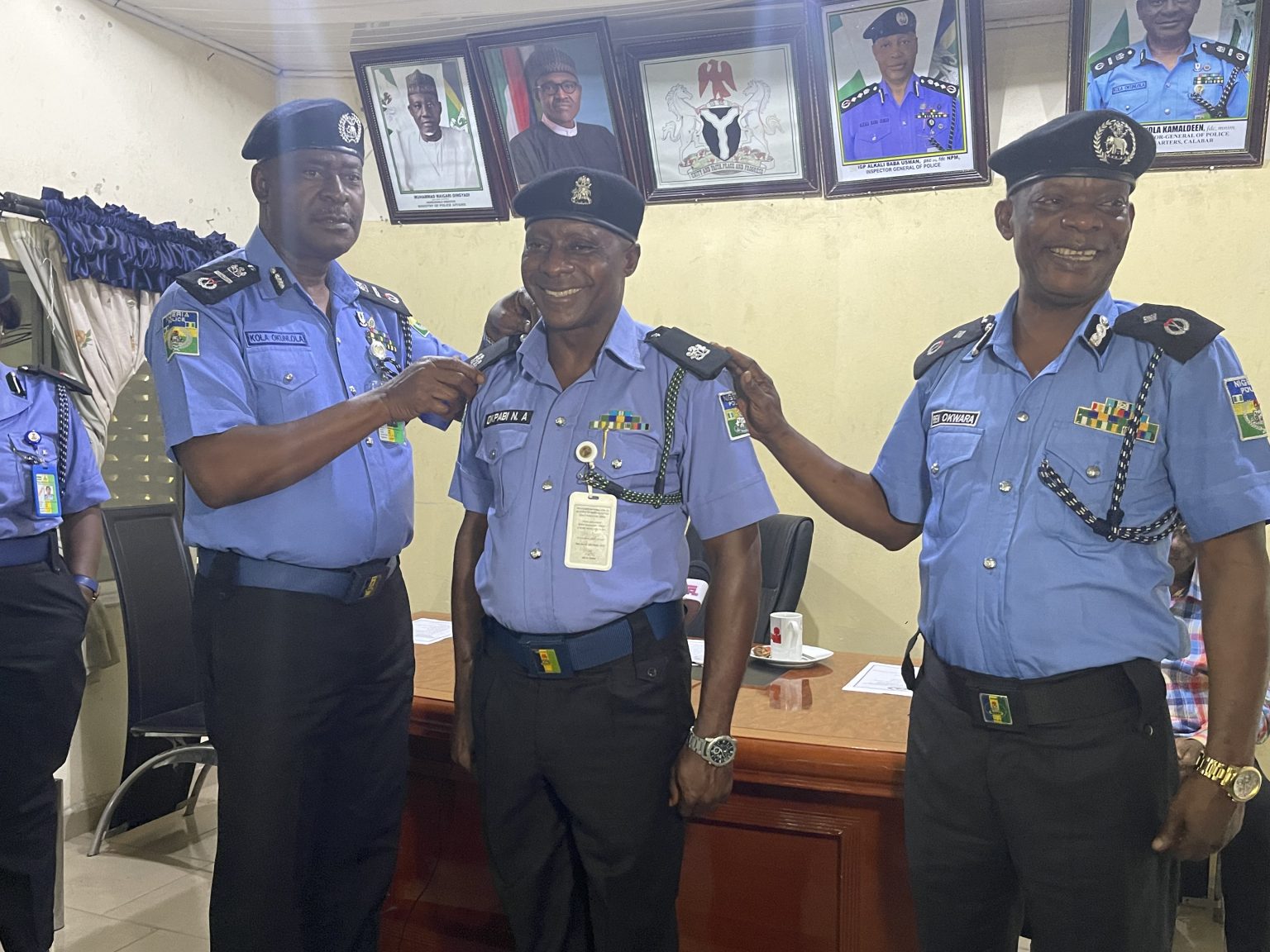 MR Okunlola Kamaldeen, Assistant Inspector General of Police, Zone 6, Calabar, on Thursday decorated six newly promoted officers and charged them to be civil and professional in their duties.

The AIG also charged them to see their new ranks as a call for greater service and more responsibility to the country.

He added that it was for them to work harder and dedicate themselves to service, as well as treat members of the public with utmost civility during arrest and interrogation.

According to him, the promotion was approved by the Inspector General of Police, Mr Usman Baba, and the Police Service Commission.

Kamaldeen said as a friendly force, police personnel were expected to be professional in the discharge of their constitutional duties.

He however warned that the service would not condone indiscipline and insubordination.

Responding on behalf of the officers, Okpabi thanked the IGP and Police Service Commission for finding them worthy of promotion.

He promised on behalf of his colleagues that they would justify the promotion by discharging their duties creditably. (NAN)