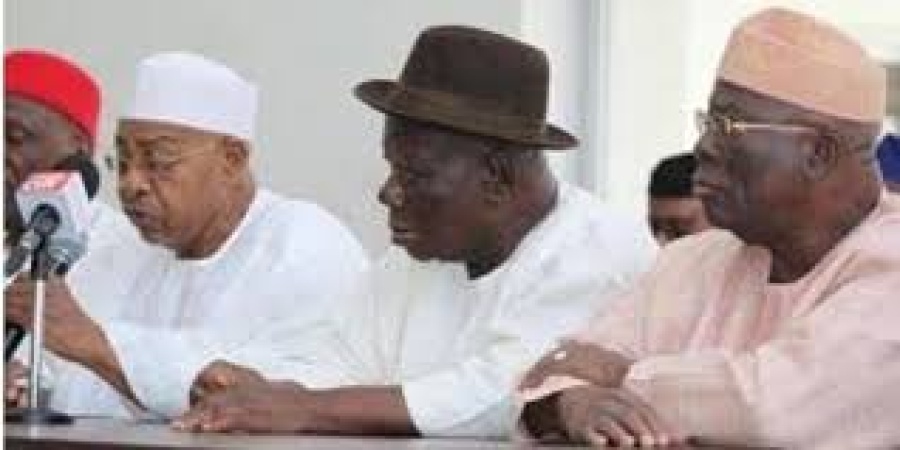 THE Southern and Middle Belt Leaders’ forum has unequivocally, and in full resolve, called on all political parties in the country to zone their presidential tickets to the south.

The call was contained in a communique issued by the forum at the end of a meeting held recently in Abuja under the chairmanship of Dr. E. K. Clark.

The meeting which was convened to discuss various issues on the State of Affairs in the country, particularly, the security situation, restructuring, preparations for the 2023 General Elections and Zoning, had delegations from the four regional socio-cultural organisations, that’s: Afenifere for the South West, Ohanaeze Ndigbo for the South East, Pan Niger Delta Forum (PANDEF) for the South-South and the Middle Belt Forum (MBF) for the Middle Belt in attendance.

At the end of the meeting, the delegates while reaffirming commitment to the unity of Nigeria, situated on the tenets of Equity, Fairness, Justice, and the principle of federalism unequivocally, and  in full resolve, call on all political parties in the country to zone their presidential tickets to the south.

The forum noted that “The northern part of the country would have fully enjoyed the Office of the Presidency of the country for the full statutory period of 8 years by 2023, hence, the presidency should rotate to the South.

“Therefore, unequivocally, and in full resolve, call on all political parties in the country to zone their presidential tickets to the south, it said.

They also urged the “Governors and members of the National Assembly of the four regions to commit themselves to the subject of restructuring.

“That the extant Constitution and Structure of Nigeria are grossly flawed and lopsided, accordingly, Forum restates its demand for the fundamental restructuring of the country by enacting a new Constitution that would enthrone equity, fairness and justice.*It must be One Nation, One System.

It said “That the basis of any viable democracy, especially in a diverse and complex country such as Nigeria, is fair and even sharing of power.

While, also, cautioning the National Assembly “To only give consideration to Bills that would promote equity, justice, peace and national cohesion instead of issues that will exacerbate conflicts and crisis in the country.

The forum also used the opportunity to “Condemn the continued senseless killings of innocent citizens across the country by terrorists and criminals, especially in the North West Zone; calls on the government and security agencies to redouble efforts to safeguard the lives and property of Nigerians.