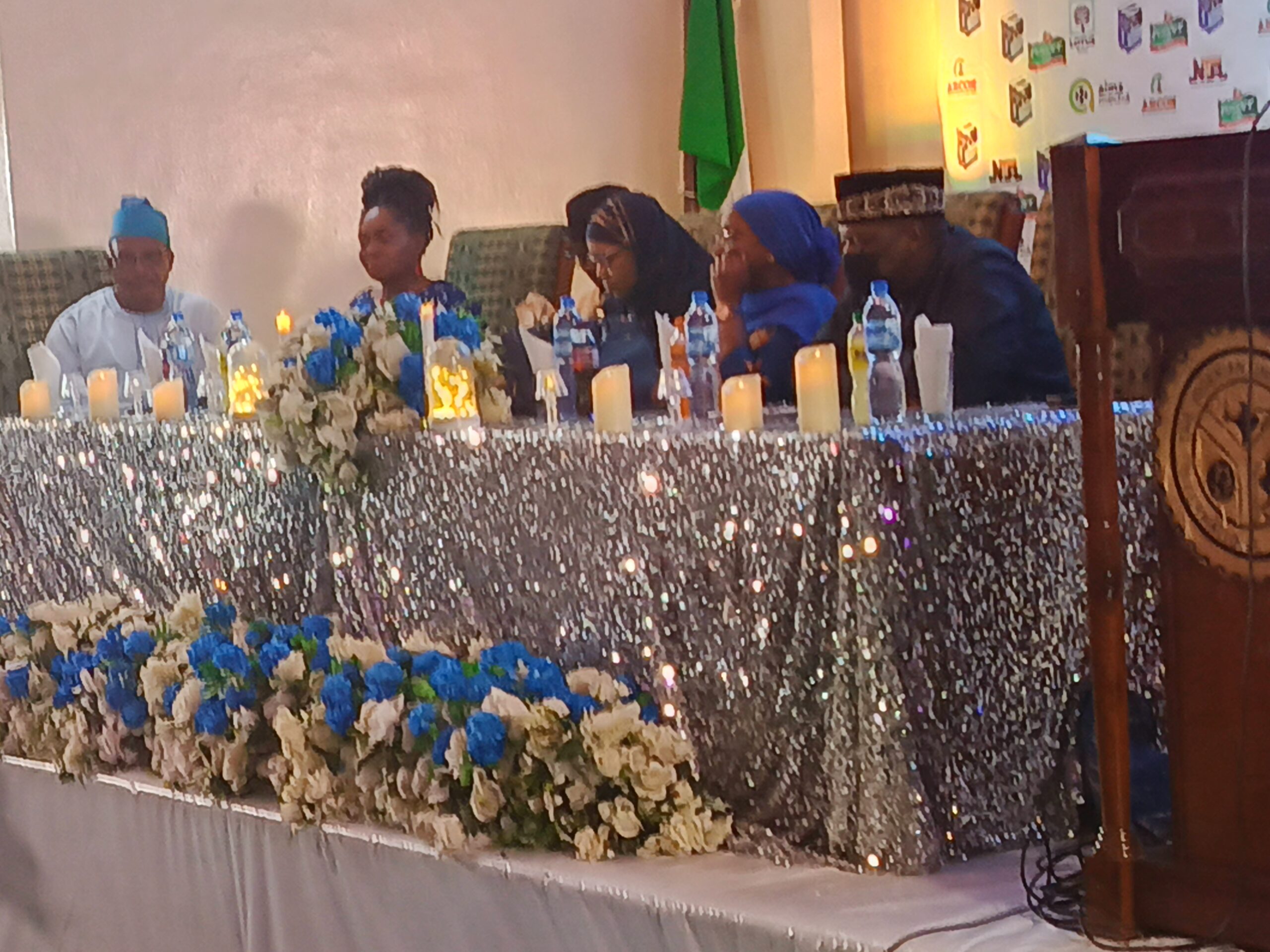 AMINAH Muhammad, managing director of Aims Media Company Ltd, on Thursday, January 19, in Lagos, launched her book, “Whisperings of a broadcast jewel” as part of the activities marking her 40 years in broadcasting.

In her opening remarks, the chairperson of the occasion, Mosun Olushola, thanked all the guests for attending the event and stated the book “is a complete crash course on broadcasting and reading it gives the feeling of what it means to be in the media and broadcasting business.”

She praised the author for writing the book and urged the guests to graciously launch the book and take with them several copies of the book.

In the keynote speech by the special guest of honour, shehu Balarabe illelah, the general manager, National Broadcasting Commission, NBC, congratulated Aims Media on behalf of the NBC and praised Aminah Muhammed for her contributions to broadcasting.

“We have always found Aminah Muhammad obedient to the Nigerian Broadcasting Code,” he said.

He called on broadcasters to cover the forthcoming 2023 general elections in accordance with Nigerian Broadcasting Code.

In his speech, Ahmed Tunde Popoola, chairman, Board of Directors, Aims Media Company Ltd, praised the author for her strength in transiting to the private sector and the broadcasting industry.

“We are proud of what Aims Media is doing and the book is about her life and would be a guide to young ladies,” he said.

In a brief presentation on Women in Media Practice, Adeleke Olutade, former executive director of Marketing, NTA, stated that she experienced firsthand what media broadcasters go through. “I was part of the passion and commitment that was put in over the years, a lot of challenges exist in the practice in Nigeria, I will never forget ‘today’s baby’ which Hajia Aminah has put in everything,” she said.

She stated that women go through a lot of challenges in broadcasting, especially, “women who are mothers without much reward as their male counterparts and advocated that women should be given more flexible working hours.

Women, according to her, should use languages that positively project women’s strength in both the media and politics.

While congratulating Aminah for being a trailblazer in spite of the difficulties in the industry, she stated: “Aminah is truly a broadcast jewel”.

The book “Whisperings of a Broadcast Jewel” was reviewed by Sunny Irabor.