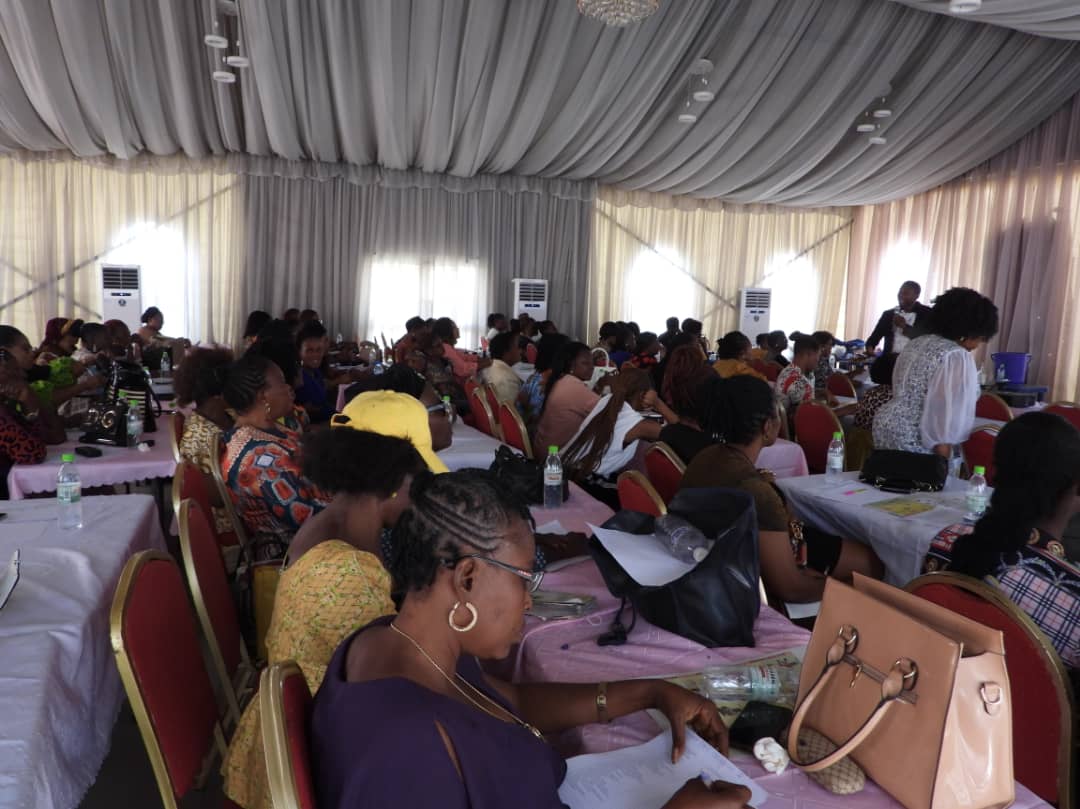 Cross section of participants at the event

Wife of the Governor, Nonye Soludo said the State would continue to partner with relevant bodies to stop preventable deaths.

Soludo assured that through the state Ministry of Health the state will continue to implement strategic health policies to eliminate maternal and infant deaths.

She said this during the training of health care workers on clinical procedures for ending neonatal deaths in Awka.

The programme tagged “Neonatal Roundtable and Helping Babies Breathe”, is supported by UNICEF and Soludo Initiative, and covers One hundred health workers each in four clusters selected from public and private health facilities from 21 Local Government Areas in the state.

Soludo, represented by the Commissioner for Women Affairs and Social Welfare, Mrs. Ify Obinabo expressed worry over the slight increase in reported cases of neonatal deaths in Anambra, assures that checking maternal and infant mortalities remain a major task for the state’s health care system.

She, however, noted that the current administration is leaving no stone unturned in implementing strategic health management policies to protect women and children, including the current programme and the ongoing free Cervical Cancer screening and treatment for five thousand Anambra women and girls.

Soludo while commending UNICEF for showing strong support to the programme, urged the participants to take the exercise seriously, as well understand that the task before them is critical in the ongoing restructuring of the state’s health sector.

Earlier, Commissioner for Health, Afam Obidike, said that the training came up following maternal mortality review of stakeholders meeting that was done last year in the State. “So, from the review meeting we discovered that most cases of maternal and infant deaths occur as a result of human faults, that’s the reason we are doing everything within our reach to stop the preventable deaths”.

Obidike noted that already, the State government is domesticating professionals in critical sections of the state’s health system, noting that the four hundred healthcare workers that would have been trained at the end of the exercise. “This health workers will now serve as foot soldiers in the campaign to eliminate neonatal mortality from our dear state.”

The commissioner applauded UNICEF for their continued partnership and as well hailed the governor’s wife for her efforts to ensure that women and children will continue to benefit from all health programme across the state.

In her remarks, the State Reproductive Health Coordinator, Uju Okoye praised the governor’s wife for showing deep interest in the programme, a proof of her passion and commitment to the wellbeing of women and children in Anambra state.

Okoye said that similar training had been concluded for Nnewi and Onitsha clusters, with Ekwulobia cluster next in line.