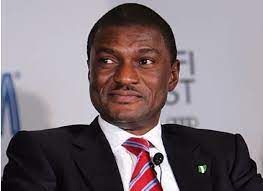 GOVERNORSHIP candidate of the All Progressives Grand Alliance (APGA) in Enugu State, Mr Frank Nweke Jnr, says he will improve the state’s economy if elected using its abundant coal and natural gas resources.

At a virtual town hall meeting he held with Canada-based Enugu Association on Monday Nweke cited Lagos and Abia states where communities were sequestered and clean energy provided to them.

He said that his team had been discussing with licensed operators willing to do the necessary due diligence checks and explore opportunities offered by natural gas when he becomes the governor.

He told the meeting also that he would exploit solar technology to meet the power needs of people of Enugu State.

“We will work with these local companies and with some established international companies from Japan, Turkey and other parts of the world to establish a `Partnership in Technology Programme’.

“The idea is to set up plants for assembling solar panels and training our people to do the same in Enugu State.

“Our intention is to put in place a policy that will mandate developers of new estates to deploy structures for renewable energy.

“This will take sections of the state off the national grid by providing power from natural gas or from solar technology,’’ Nweke said.

He noted that Enugu has one of the highest electricity tariffs in Nigeria, an issue he would work closely with the Enugu Electricity Distribution Company (EEDC) as governor to resolve.

“Electric power is critical for domestic use and economic progress.

“While working with the EEDC to improve supply and reduce tariffs, we have opportunities of alternative sources of power supply.

“The use of coal has been stalled due to agreements induced by Western powers on the basis of managing climate change.

“What we have now are illegal miners and private companies who have expanses of coal deposits as their concessions,’’ he noted.

Nweke said his administration would retrieve the concessions by making deals with the people concerned and by making strong representation to the Federal Government.

The Federal Government has the right to mineral resources in the Exclusive List in Section 39 of the 1999 Constitution, he noted.

Nweke assured that he has the political willpower to ensure comprehensive development of Enugu State if elected at the forthcoming polls. (NAN)