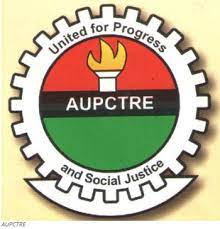 The General-Secretary of AUPCTRE, Mr Sikiru Wahid, made the appeal in a statement on Sunday in Abuja.

Wahid noted that  the call had become imperative to save the commission from destruction.

The union also appealed to the National Assembly (NASS), President of the Senate, Speaker of the House of Representatives and the Minister of Niger Delta Affairs, Umana Umana, to take urgent steps to ensure NDDC delivered on its mandate.

“As critical stakeholders in the Niger Delta Development Commission and of the regional development efforts, after taking a critical review and appraisal of all the happenings within and around the NDDC, since January, 2019, have resolved as follows:

“That we as staff of the NDDC collectively, under the umbrella of AUPCTRE, cannot fold our hands while different political actors from the region through their actions or inactions undermine the enabling Act of the NDDC, and so threaten the corporate existence of the commission.

“That as a union, we say to all political heavy weights from the Niger Delta region, that enough of putting personal interest over and above the development of the region for which the vehicle of the Niger Delta Development Commission was set up,” Wahid said.

According to him, the positions of the NDDC’s Managing Director/Chief Executive Officer, Nsima Ekere and its Chairman, Sen. Victor Ndoma Egba, should have been filled when they resigned their appointments to contest elections in their respective states.

He said their positions should have been filled in accordance with Section 5, Paragraph 3, of the act establishing the commission, since January 2019 when they left.

“The paragraph which states inter alia that: ”Where a vacancy occurs in the membership of the board, it shall be filled by the appointment of a successor to hold office for the remainder of the term of his predecessor.

“The successor shall represent the same interest and shall be appointed by the President, Commander–in–Chief of the Armed Forces, subject to the confirmation of the Senate, in consultation with the House of Representatives.”

“However, political gladiators from the region for whatever reason, ill advised the president to dissolve the board of the commission, and in its place, appointed an Interim Management Committee.”

Wahid said the commission as it stands did not fully represent all the NDDC states, a situation that had culminated into anger and lack of support by the aggrieved persons towards successive interim management committees.

He noted that instead of focusing on driving development of the commission, these committees either fight back or focus on pacifying the aggrieved stakeholders thereby faulting the forensic audit being carried out on the NDDC’s activities.

“And since that January 2019, therefore, it has been one interim administration or the other. We as members of staff and as a union are saying enough of all these. Let the right thing be done.

“A forensic audit meant to take between three to six months to complete, but eventually took almost two years to complete, has been undertaken.

“At the moment, auditors from the office of the Auditor General for the Federation have been in the NDDC for about two months auditing the books of the commission, including personnel staff files,” he said.

The union also kicked against what it described as unending audits that were clearly hampering the development of the region through the NDDC.

Wahid assured that the union and staff of the commission would partner with the President and the minister of Niger Delta Affairs, to ensure that the right things were done to move NDDC forward.

He said: “Let the Board of the NDDC be inaugurated, with the same ease as it has been done for other commissions, agencies and parastatals of government across the federation.

“As a union, we hereby state unequivocally that we are not against a personnel audit of the commission, just as we were not against the forensic audit.

“We are against a personnel staff audit where assumption of duty forms of the Ministry of Niger Delta Affairs is given to staff of the NDDC to fill as if they are fresh employees of government.”

AUPCTRE also reiterated that it was against doing anything that contravened the NDDC Act, 2000 as amended, while demanding for a general meeting with the minister on the way forward, at NDDC headquarters in Port Harcourt. (NAN)