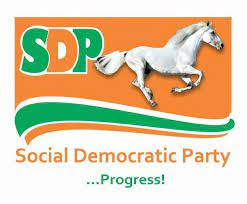 THE Social Democratic Party Gubernatorial campaign council in Rivers state, has approved the appointment of Ethel Oko Jaja as spokesperson of the Campaign Council and Chairman, Media and Publicity Committee.

The appointment, which was conveyed in a letter signed by the Director General of the SDP Gubernatorial campaign council, Senator Wilson Ake, stated that the appointment is with immediate effect.

Senator Ake congratulated Jaja on his appointment and urged him to bring his wealth of experience to bear on his new assignment.

Oko Jaja has a Ph.D. in Industrial Relations from the Rivers State University, Port Harcourt and was a former President of the National Youth Council, Rivers State Chapter.