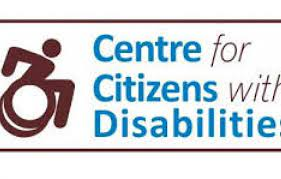 Center for Citizens with Disability Logo

The Executive Director of CCD, Mr David Anyaele made the appeal at the 4th anniversary of the passage of the Act held in Abuja on Wednesday.

The News Agency of Nigeria (NAN) reports that the two-day event is designed to evaluate the level of implementation of the Act by state institutions.

NAN also reports that the Bill was signed into law in Jan. 17, 2019 by President Muhammadu Buhari.

The theme of the event is: “2023 General Elections and Beyond: Creating the Future We Desire for Citizens with Disabilities”.

Anyaele expressed concern that some states were yet to adopt the Act, adding that the Act would end the reign of discrimination and other harmful practices against more than 31 million persons with disabilities.

“While we commend the passage of different versions of the disability laws at the subnational levels, we are particularly grateful to the following states: Kogi, Kwara, Nasarawa, Niger, and Plateau.

He urged states yet to adopt the Act to do so to show that the lives of persons with disabilities matters.

“This Act provides for the full integration of persons with disabilities into the society and ensures their education, health care and the protection of their social, economic and civil rights,’’he  said.

He said that the anniversary provided an opportunity to remind government at all levels and the private sectors, about the 12 months to the end of the moratorium for the full compliance to specific provisions of the Act.

Anyaele said that there was a need to show leadership to ensure the full implementation of the Act.

“To show leadership we must hold state actors and the private sector to account by supporting frameworks that will enable response to this Act,’’ he said.

Anyaele expressed worry that people with disabilities are still facing barriers after the passage of the Act due to poor implementation.

“That barrier has to do with our attitude. Discrimination against persons with disabilities still remains pervasive in this country.

“A research we conducted in 2022 shows that Ministries, Departments and Agencies of government still stigmatise, discriminate and exclude people with disabilities in their programme of activities.

“The only office consistent in promoting issues of disability is President Buhari. Buhari has directed MDAs to respond to issues that have to do with people with disabilities in this country seriously.

“Regrettably, MDAs are still struggling to understand the entry point, their role and responsibilities and what people with disabilities really mean for society today,’’ Anyaele said.

He also said that MDAs have not met the provision of the law that provides five per cent employment for people with disabilities.

“This five  per cent provision are yet to be filled in most MDAs if there is any that complied with this provision,’’ he added

Mr Danladi Plang, National Coordinator of Rule of Law and Anti-Corruption (RoLAC) Programme of the British Council, urged stakeholders not to relent in their struggle to ensure the full implementation of the Act across the country.

“As you know we have many laws that talk about our rights, even the fundamental rights provisions in the constitution but we cannot say that this one is being implemented to the full.

“The constitution has been there and we keep going back and forth to ensure that it is enforced and that tells us certain struggle that people embark on to ensure that the laws are implemented.

“It is the kind of struggle needed to ensure that this law we are commemorating is enforced,’’ he said.

The Country Director, Disability Rights Fund, Mr Theophilus Odaudu called for concerted efforts by the stakeholders to ensure that the Act was implemented.

He said that the Act is a tool aimed at defending them, especially when their rights are infringed upon.

Lalu who was represented by Mr Lawrence Igbemudia, emphasised the need for government to ensure that at least five per cent workers at various agencies are people living with disabilities as in line with the Act. (NAN)