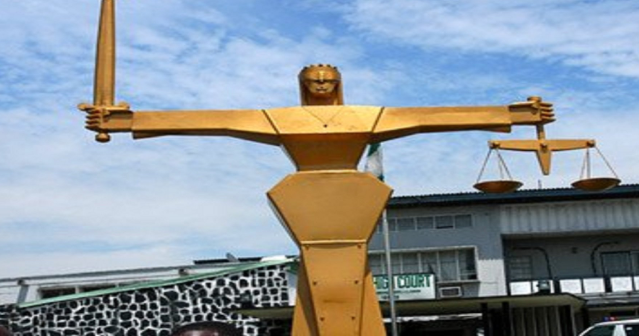 An Ilorin Magistrates’ Court on Wednesday ordered that a tailor, Jamiu Mohammed, be remanded in prison, for allegedly being in possession of firearm, pending legal advice.

Magistrate Jubril Salihu, who did not take the plea of the defendant, ordered that Mohammed be remanded in  Oke-kura prison, Ilorin.

Salihu who the case until Aug. 7 for further mention, ordered the police to return the case file to the Office of the Director of Public Prosecutions for advice.

Earlier, the Prosecution Counsel, Insp. Adewumi Johnson informed the court that Mohammed was arrested on June 28 at Okelele, following the information from residents that some miscreants were planning to attack innocent citizens.

He alleged that the police recovered  one cut-to -size single barrel gun with live cartridge from the suspect.

Adewumi said the offence contravened the provisions of Section 27 (A), 1 of firearms Act Cap Law of Nigeria 2004.
(NAN)