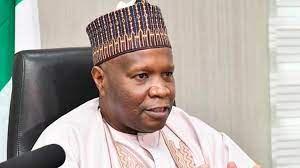 THE Federal High Court in Abuja has struck out the case instituted before it by the PDP governorship candidate in Gombe State, Mohammed Jibrin Barde, against Governor Muhammadu Yahaya.

The Independent National Electoral Commission (INEC) and two others we also joined as defendants in the suit.

Ruling in the case, Justice Binta Nyako declined jurisdiction and held that neither the PDP nor the 2nd Defendant, Muhammed Jibrin Barde can sue the Governor or INEC since they were not Aspirants in the APC primaries that produced Muhammadu Inuwa Yahaya.

She subsequently struck out the case.