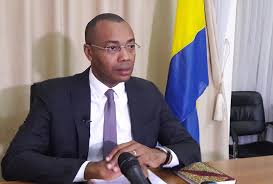 GABONESE Minister of Health, Guy Patrick Obiang Ndong, announced, on Monday, that Gabonese researchers from the Franceville International Centre for Medical Research (CIRMF) had found the presence of the coronavirus variant discovered in the United Kingdom.

According to the minister, out of 60 samples, one was found to be the variant found in England.

“This is an imported virus case,’’ Ndong said.

“According to world experts, the contagiousness and dangerousness of this variant are seven times higher than the initial strain.’’

Ndong indicated that Gabon is going through a “formidable and virulent” phase of the pandemic which affects many people.

“Some are hospitalised with severe lung damage and others are at home in quarantine, following the treatment prescribed by the attending physician,’’ he said.