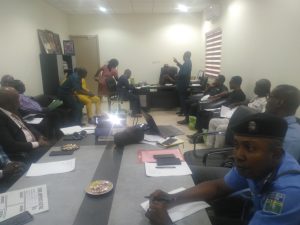 THE Delta Commissioner for Agriculture and Natural Resources, Dr Godfrey Enitan, says 35 flashpoints of illegal cattle grazing have been identified in the state.

Enitan said this on Wednesday, while addressing newsmen after the committee’s meeting in Asaba.

He said that the meeting was part of the efforts at reviewing the ministry’s  decisions and activities toward the implementation of the law on livestock regulations to end farmers-herders clashes in the state.

He said that as part of the policy implementation process, the committee had put machinery in place to commence the training of the taskforce  among other stakeholders.

“In continuation of the activities, the State Livestock Management Committee has identified 35 flashpoints of illegal cattle grazing in the state.

“Modalities are being worked out and we shall step into actions to ensure that the culprits are apprehended and made to face the law.

“As we begin the implementation of the  policy,  taskforce will be engaged and trained  to track the locations and offenders of the law.

“It is time to swing into action after the many meetings held by the Committee, we shall soon begin to sensitise the people again as implementation will be done stage by stage, ” he said.

said the implementation would kick off in February after the profiling of the selected taskforce by security personnel.

The commissioner said though the current administration would exit soon, adding that the committee had put the needed structure for the coming administration to continue its policy. (NAN)