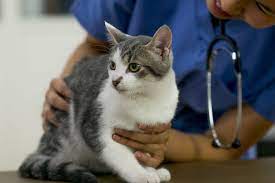 DR Abdulkadir Umar,  the Desk Officer in charge of Rabies at the  Bauchi State Ministry of Agriculture, has expressed concern over recent cases of rabies detected in cats in the state.

Umar expressed his concern in an interview with the News Agency of Nigeria (NAN) on Monday in Bauchi.

He said the concern was imperative considering that rabies was known to be attributed to dogs.

Umar said that the viral disease could affect all animals including human beings if they were exposed to it.

According to him, cases of rabies among cats are  a threat to public health as keeping cats has become a biological remedy to rats in households.

“Rabies is common among dogs but recently we see cats coming up with the virus.

“Because of Lassa fever, households keep cats as a biological remedy for rats, however; people should be responsible for the animals they keep,” he said.

He said: “Once dogs are three to four months; they as well as cats should be vaccinated against rabies annually.”

He also said that the vaccine for  treating cats  infected with rabies differs from that of dogs having rabies.

Umar  advised the public against  eating cat saying its  consumption could expose them to the virus.

“The virus  which stays in the brain and the salivary gland can be transmitted to a person or animal through openings.

“So even if the cat did not bite a person, the person might be exposed to the virus while processing the meat before it gets into the pot,” he explained.(NAN)