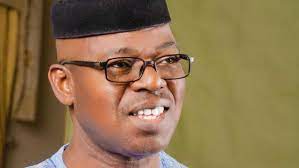 A former governor of Ekiti State and gubernatorial candidate of the Social Democratic Party (SDP), Segun Oni, has expressed dissatisfaction over inadequate security in the state ahead of the Saturday’s governorship election.

While speaking to Arise TV on Thursday regarding issues surrounding the election as well as his chances of winning, the former All Progressives Congress (APC) Deputy National Chairman (South), said there have been attacks by some groups in the state including an abduction of one of his supporters by unknown armed men.

He said, “I am not satisfied yet with the arrangements for security, but if the Inspector-General of Police says adequate arrangements have been made, I want to believe him, because we are not yet at the election. But I will say, two nights ago, armed people, eight of them with face masks and in overall, went to one of my supporters’ place in Ado Ekiti. They broke into the house and broke every door until they got him and abducted him. And as we are talking, we don’t know where he is.

“And on that same night, a lady was just lucky that she wasn’t at home when they came to her house. They ransacked her house wanting to pick her up. Only God knows what would’ve happened to her. Immediately she was able to get back home, she took her children, and they are not at home now.

“This style of people believing that because they are just in power, they can go to anybody’s house, abduct them on the eve of election, and they believe that once you release them on the next day after election, they will be too happy to regain their freedom, and there won’t be anything else.”