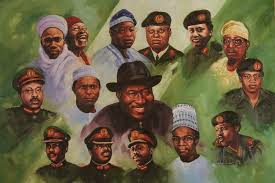 SOME experts have advised Nigerians to embrace the nation’s diversity to build a peaceful and harmonious country.

The experts said in separate interviews with the News Agency of Nigeria (NAN) on Thursday in Kaduna, that Nigerians should also embrace dialogue to settle their differences.

The experts spoke shortly after a programme marking the 2022 International Day of Peace.

He said the commission had guided communities to build bridges of understanding, thereby, significantly improving the peace in Kaduna state.

“Although many of the stereotypes and fears of the unknown still persist, but people are now embracing the use of non violence as means to address all issues of concerns.

“Happily we are seeing more interactions between disputing communities.

“We do hope that in the coming years, strong culture and value of peace will be enshrined in our young people to such an extent that violence as a means of resolving dispute will no longer be witnessed in the society,” Momale said.

The executive chairman said Nigerians should also utilise Early Warning and Early Response platform to report threats to peace and security in their localities.

He said Nigerians must also learn to become global citizens by knowing how to relate with people from different works of life.

Similarly, Rev. James Wuye, Co-Executive Director of the Centre, said all stakeholders must continuously work towards addressing issues of diversity and peace building.

“If we can enhance and encourage unity and working in diversity, we will have a better country,” he said.

He urged Nigerians to live in peace, irrespective of differences, and practice and cultivate the attitude of peace and inclusiveness to enhance national unity.

Another expert, Mr Emmanuel Shall, Senior Programme Officer, Mercy Corps, said it was important for stakeholders to work together to bridge existing gaps militating against peaceful coexistence.

He said Mercy Corps will continue to support communities in the area of sustainable peace building.

She said the involvement of women in peace building was necessary to ending misunderstandings between communities.

Ibrahima Yakubu, a Peace Journalism expert, advised private media owners to recruit only professionals journalists, as some of the crisis in the country were created by the unprofessional actions of some media organisations.

“As a professional journalist, there is need to change the narrative by giving adequate and correct message for peace and development in the land and spiking any information that can cause instability,” he said.

Yakubu added that it was imperative to employ professional journalists to counter fake news on the social media. (NAN)