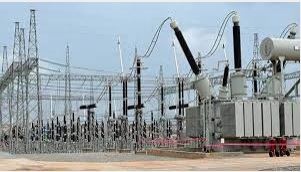 UNITED Bank for Africa (UBA), Fidelity Bank and other financial institutions currently managing the affairs of some power distribution companies in the country are expected to offload their shareholdings to new investors within six months.

According to the head of the country’s privatisation agency, the banks took over the shareholdings of core investors Benin, Ibadan, Kano and Abuja Distribution Companies (DisCo) due to the inability of the firms to service their debt obligations to the commercial lenders.

However, the Director-General of the Bureau of Public Enterprises (BPE), Alex Okoh said that the banks were not expected to hold the shares in perpetuity, adding that those shares must be sold to credible operators within the stipulated period of six months or seek an extension from the regulatory body.

“It is important for me to mention at this point that the banks are not expected to hold the DISCOs in perpetuity.

“In fact, in conjunction with the CBN, we have given them a deadline of six months within which to sell those shares to credible operators approved by the BPE and NERC and should they not be able to meet that deadline, they can be given a maximum extension of another six months.

“So in one-year maximum, they should be out of the DISCOs,” Okoh was quoted as saying by Vanguard Newspaper on Sunday.

In December, the UBA took over the majority stake in the Abuja Electricity Distribution Company (AEDC) after the firm failed to pay the outstanding debt owed to the commercial lender.

The takeover became effective after the majority owner of the AEDC, Kann Consortium failed to service the loans obtained from UBA when it acquired the Disco in 2013.

Subsequently, the lender appointed one of its ex-Group Managing Directors to chair the board of the company in a bid to sustain operations and recover part of its debt.

Also, in January the Assets Management Corporation of Nigeria (AMCON) appointed a receiver manager for the Ibadan Electricity Distribution Company (IBEDC) after the company failed to service its debt obligations to the ‘bad bank’.

Fidelity Bank Plc, in July, informed the power sector regulator and the bureau that “a call on the collateralized shares of the Core Investors of Kano, Benin and Kaduna DISCOs had been activated” leading to the take over of the management of the distributions firm by the lender.

Okoh had said in July; “As the agency, representing the interest of the Federal Government in the DISCOs, BPE has already engaged with the Central Bank of Nigeria (as the banking sector regulator) for an orderly transition and to ensure that the lenders do not hold the collateralized shares of the Core Investors in perpetuity given that they do not have the technical capacity, nor have they been duly authorised to operate an electricity distribution companies.

“The lenders have also assured BPE and NERC that they would participate fully in all the ongoing market initiatives aimed at improving the sector (e.g. National Mass Metering Program).

“It is envisaged that the majority interest in these DISCOs would be sold to competent private sector investors with the requisite technical and financial capacity to re-capitalize and manage these entities efficiently.”