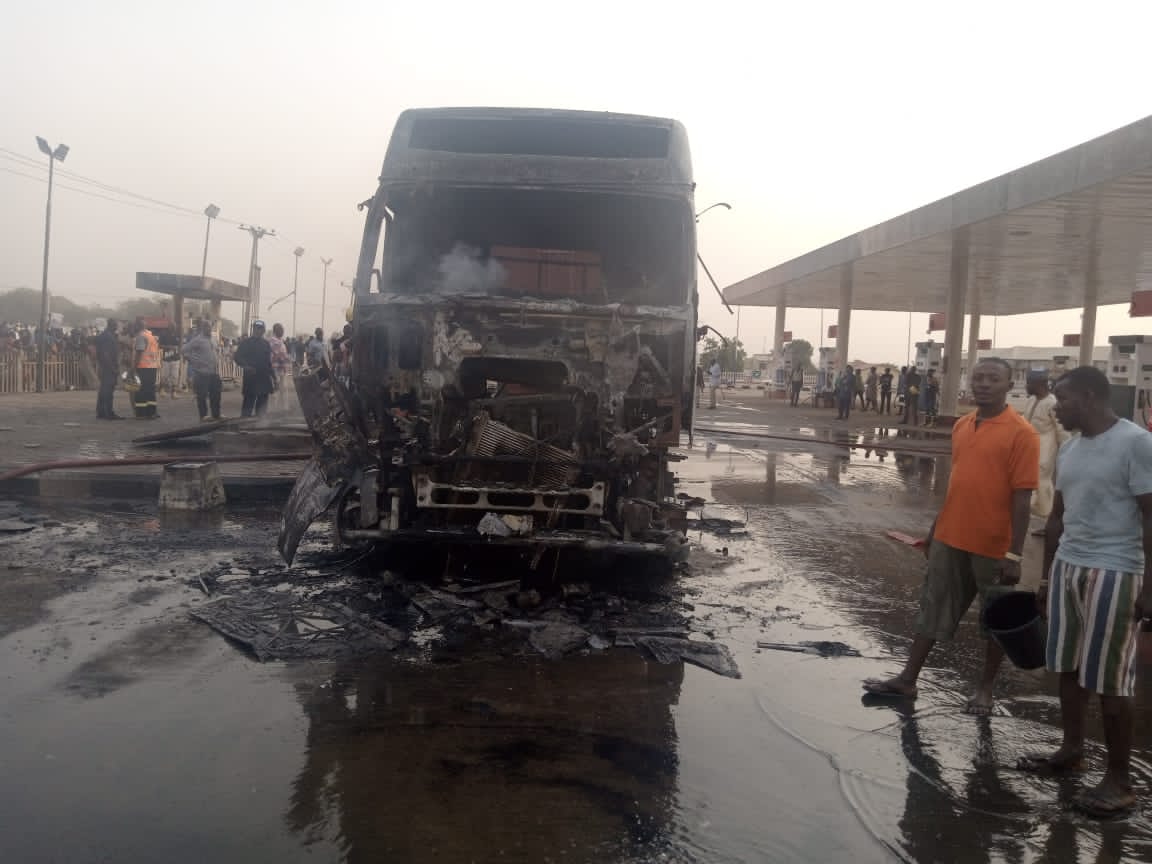 Scene of the incident

FIRE gutted the AA Rano fuel station along the Abuja-Lokoja Expressway on Sunday.

According to the Police Public Relations Officer in the Federal Capital Territory, Josephine Adeh, the fire broke out while a fuel tanker was dumping fuel at the station.

Police operatives, fire fighters and other emergency responders were on ground to put out the fire and ensure minimal damage for individuals and properties,” the police spokesperson said in a statement.