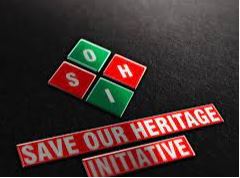 Save Our Heritage Initiative (SOHI)

Alzheimer’s disease is a type of dementia that affects memory, thinking and behavior. Symptoms eventually grow severe enough to interfere with daily tasks.

Ikokwu made the call in Abuja during an interview with the News Agency of Nigeria (NAN) as the world commemorates Alzheimer’s Day.

The day is an international campaign aimed at raising awareness and challenging the stigma that surrounds Alzheimer’s disease related dementia.

Ikokwu, who is a culture advocate, who described Alzheimer’s as a progressive disease, where dementia symptoms gradually worsens over a number of years, adding that it is catastrophic to the brain.

“In its early stages, memory loss is mild, but with late-stage Alzheimer’s, individuals lose the ability to carry on a conversation and respond to their environment.

“Alzheimer’s changes typically begin in the part of the brain that affects learning.
“As it advances through the brain it leads to increasingly severe symptoms, including disorientation, mood and behavior changes,” she said.

Ikokwu explained that people with memory loss or other possible signs of Alzheimer’s may find it hard to recognise that they a health challenge.

She that signs of dementia may be more obvious to family members or friends as usually evidenced by the person starting to repeat him or herself.

Ikokwu, who said that Alzheimer’s can best be prevented, advised that anyone experiencing dementia-like symptoms should, accompanied by a family member, see a doctor as soon as possible.

“This is necessary as Alzheimer’s disease manifests in various ways with people and there is no universal solution for all cases.

“Early diagnosis and intervention methods are improve dramatically, and treatment options and sources of support can improve quality of life.

“Regular physical exercise like dancing may be a beneficial strategy to lower the risk of Alzheimer’s and vascular dementia”, she said.

According to her, exercises such as continuous learning may directly benefit brain cells by increasing blood and oxygen flow in the brain.

“A medically approved exercise programme is a valuable part of any overall wellness plan because of its known cardiovascular benefits.

“Current evidence suggests that eating healthy food that improves the condition of the heart may also help protect the brain,” she said.

The SOHI chief said it was unfortunate that those suffering from Alzheimer’s disease suffer stigma including children, out ignorance, mocking them. (NAN)