CONFIRMED cases of Lassa fever have killed three persons, including two medical doctors and a pregnant woman at the Aminu Kano Teaching Hospital (AKTH) in Kano.

The doctors, a consultant Anesthesia and House Officer were reported dead days after operating a pregnant woman, who was suspected to be a primary carrier of the disease at AKTH.

On this part, Acting Chairman, Medical Advisory Committee (CMAC), Dr. Auwalu Umar Gajida, also disclosed that the hospital was collaborating with the state Ministry of Health on contact tracing of secondary suspects.

He said while awaiting the result of samples of the suspects from the National Centre for Disease Control (NCDC), the hospital has commenced sensitisation on safety and precautionary measures, while treating the patients.

He warned members of staff against releasing information on social media to avoid panic.

Meanwhile, Ondo State Epidemiologist, Dr. Steven Fagbemi, yesterday confirmed the outbreak of the disease at a meeting with Governor Oluwarotimi Akeredolu in Akure.

Fagbemi said 84 cases were so far recorded, while 16 patients have died because their cases had reached an advanced stage before they were taken to hospital for treatment.

He added that 47 patients were currently on admission and responding to treatment, while 21 persons had been treated and discharged.

But following the development, Akeredolu assured the people that there was no cause to panic, urging them to change their hygiene habits and health-seeking behaviours.

He stated this in a statewide broadcast, saying the state government was ready to end the annual epidemic outbreak.

However, Akeredolu, who lamented that the incident was not peculiar to the state, said, “This is a serious infectious disease that has been in the country for some time. It is caused by an organism and spread to humans through rats.

“Lassa fever outbreak has been occurring fairly regularly for many decades, but unfortunately in the past few years, it has increased in magnitude. Sadly, within the few weeks of this year, several persons have been affected and some had died from the disease.” 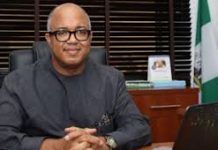 Coronavirus can spread through the air – New study

Nigerians who contributed to CACOVID fund

COVID-19: NASFAT distributes food items to the needy in Kaduna