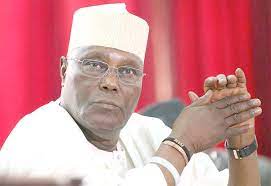 The PDP Presidential Candidate said this while reacting to the decision of the camp of Governor Nyesom Wike of Rivers State to pull out of his campaign council.

Daily Trust had reported how Wike’s allies held a marathon meeting at his residence before making their decision public.

Reacting in a statement he personally signed, Atiku said, “On the calls for the resignation or removal from office of our national chairman, however, I must reiterate what I have said severally in public and in private; the decision for Dr. Iyorchia Ayu to resign from office is personal to Dr. Ayu and, neither I nor anyone else can make that decision for him.”