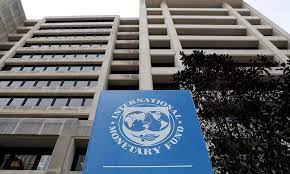 THE International Monetary Fund (IMF) says it is ready to sign a final agreement with Lebanon at the earliest possible to unlock aid for the crisis-hit country.

The managing director of IMF, Kristalina Georgieva, said this during her meeting with Lebanese Prime Ministe,  Najib Mikati, on the sidelines of the 77th session of the United Nations General Assembly.

“We also want to complete the required steps from Lebanon, including the approval of reform projects in the parliament and addressing the exchange rate issue,” she said.

She added that the international interest in Lebanon is still there, but the required steps should be expedited in Lebanon as time has become very limited.

“There’s a limited time in light of the global economic stagnation and fears of global difficulties in energy and food,” Georgieva said.

Lebanon has so far failed to form a new cabinet capable of implementing serious reforms to unlock necessary aid from the fund.

The country has been mired in a full-blown financial crisis since late 2019, as its national currency has lost about 90 per cent of its value on the parallel market.

According to the United Nations, more than 80 per cent of Lebanese people live below the poverty line. (Xinhua/NAN)