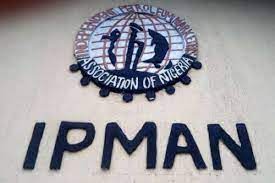 RIVERS state chapter of the Independent Petroleum Marketers Association of Nigeria (IPMAN) has called on its members to respect the recent state government’s order on border restriction.

The call is contained in a statement issued by IPMAN’s state chairman, Mr Joseph Obele, and made available to newsmen on Wednesday in Port Harcourt.

Obele said the association was in support of the state government’s proactive steps to curb the rising spate of insecurity nationwide.

The News Agency of Nigeria (NAN) reports that Gov. Nyesom Wike of Rivers on Tuesday announced curfew on the state land borders between 8 pm and 6 am.

The state IPMAN chairman said the action by the state government needed to be supported in order to assist security agencies to effectively perform their duties.

“We should reduce night operational hours and probably close sales outlets on or before 8 pm since vehicular traffic and night movements are likely to reduce within this period.

“Petroleum marketers should plan all personal movements within and outside the state effectively in order not to break the border restriction order as there is currently no exemption for them.

“Marketers should endeavor to notify family members about personal movements as they journey across states and also report suspicious movements to nearest police stations,” the chairman said.

Obele also expressed optimism on the planned revitalizations of the Port Harcourt refinery and urged his members to keep fate with the federal government on the project.

“Marketers should remain hopeful as the turnaround maintenance process of the Port Harcourt refinery commenced yesterday.

“The exercise took off with steaming of the Area 5 plant (old refinery) for the purpose of flushing the tunnels, in preparation for the turnaround maintenance billed to commence by next week,” he said.

Obele also enjoined petroleum marketers to continue to maintain approved fuel station rate of N165 to N175 per liter “as private depots still sell to marketers at the rate of N155 per liter”.(NAN)