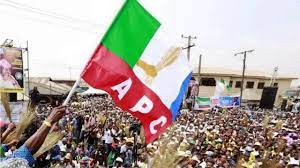 REV. Fr Hyacinth Alia, the Benue governorship candidate of the All Progressives Congress (APC) says it is almost certain that the party will takeover the state in 2023 general election.

Alia stated this on Friday when he spoke with newsmen in Makurdi, shortly after the Federal High Court sitting in Makurdi, declared him as the authentic APC governorship candidate for 2023 poll.

“It is quite exciting. It is not just my victory, it is APC’s victory. Above all, it is a victory for Benue.

“It is something laudable, exciting and I applaud the justice system which has been fair and understands what it is and has delivered it.

“The judgement should by no means divide the party or those who feel aggrieved rather it should us,” Alia said.

He described himself as a uniting force and a bridge builder, urging all those who were aggrieved to join forces with him to rebuild the party.

He urged his supporters to remain calm and continue to jubilate, urging them to remember that it was not about Alia but about the collectiveness of the state and how to deliver it from the dungeon where it was.

“The primaries produced Alia as winner having scored the highest valid votes cast during the primary election,” Mnyim said.

The Federal High Court sitting in Makurdi on Thursday, dismissed the case brought against Alia by one of the governorship aspirants of APC in the state, Prof. Terhemba Shija.

Shija had approached the court seeking the nullification of the primary election on the grounds that the process failed to meet the guidelines as stipulated by the Electoral Act and the APC’s rules guiding the conduct of the party’s primaries.

Delivering the judgement the presiding Judge, Justice Hassan Dikko, struck out the case for lack of merit.(NAN)