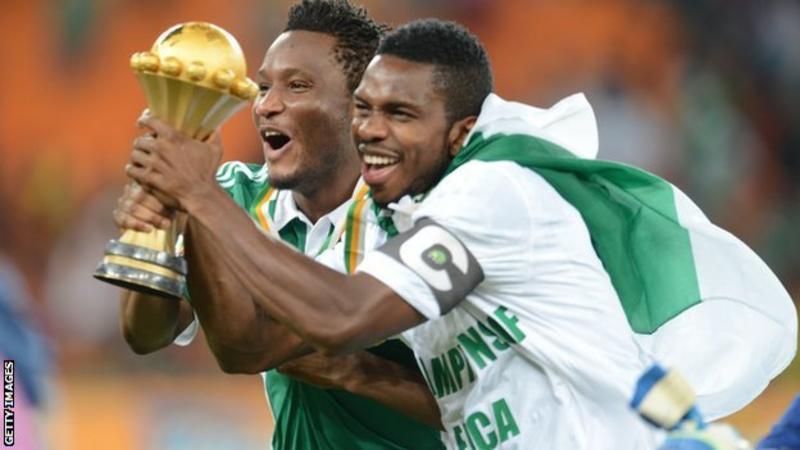 FORMER Nigeria international John Mikel Obi has retired from football at the age of 35, declaring himself “very satisfied with all I was able to achieve” during 18 years in the game.

The midfielder, who lifted the Champions League with Chelsea in 2012, won 89 caps for Nigeria and helped the Super Eagles win the 2013 Africa Cup of Nations, before retiring from international football in 2019.

The biggest highlights of his career came during 11 trophy-laden years at Stamford Bridge, even if it took him until his 185th game for the club to score his first goal.

He made 249 Premier League appearances in all for the London club, adding the Europa League, two Premier Leagues, four FA Cups and two League Cups to the European crown.

“There is a saying that ‘all good things must come to an end’, and for my professional football career, that day is today,” said Mikel on Instagram.

“I look back at the past 20 years of my career, and I must say that I am very satisfied with all that I was able to achieve and more importantly the human it has helped shape.”

Mikel was most recently with Kuwait SC, but left the club last November after just five months.

The midfielder came to international limelight at Norwegian club Lyn Oslo following Man United’s incredible transfer fight with Chelsea for his signature as a teenager.

One of Premier League football’s most confusing signings saw Mikel initially signing for Manchester United in 2005, a year when he won the Silver Ball at the Under-20 World Cup, before later saying he was pressured to do so – having signed just days after turning 18 against “my own free will”.

He ultimately joined Chelsea the following year, staying until 2017 whereupon he played for Chinese side Tianjin Teda and Turkish club Trabzonspor before spells in the Championship with Middlesbrough and Stoke City.

“All of this would not have been possible without the unwavering support of my family, managers, clubs, coaches, team-mates and most importantly my ever-loyal fans,” he added.

“You supported me through my highs and lows, even on days that I did not live up to your expectations.

When officials misspelt his surname (Michael to Mikel) aged 16 before the 2003 Youth World Championship, it opened the first controversial chapter in the life of John Mikel Obi.

The seventh child in a family of eight, he was on the books of Norwegian club Lyn Oslo before the highly-publicised dispute between the Red Devils and the Blues in 2005, with the player skipping training in Norway amidst erroneous reports he had been kidnapped.

His father was kidnapped twice during his career, to Mikel’s immense dismay, but at Chelsea the Nigerian evolved into a holding midfielder of peerless intelligence and insouciance.

He will go down as one of Nigeria’s greatest players, having earned his spot among the country’s most decorated footballers even if he was a polarising figure, equally loved and criticised by demanding fans from Africa’s most populous nation.

He left his mark at two World Cups, won a Nations Cup, captained his country to an Olympic bronze medal (2016) and performed unforgettably at the Under-20 World Cup in 2005, a stage in his career when he was known as a free-scoring box-to-box midfielder.

For Chelsea fans, they will always have that glorious Champions League final night in 2012, when Mikel was named man of the match.