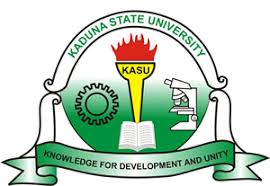 THE Kaduna State University on Monday announced the promotion of three academic staff to the rank of professors.

This is contained in a statement on Monday in Kaduna, by Mr Adamu Bargo, Public Relation Officer (PRO) of the institution.

Bargo said that the promotion was approved by the University’s Governing Council with effect from Oct. 1, 2021, based on the recommendations of external assessors.

Those promoted were Dr Ayodele Joseph as Professor of Mass Communication and Dr Sani Bello, Professor of Journalism and Media Studies.

Dr Funke Ayokunnumi was also promoted to the rank of Associate Professor, Pharmaceutical Microbiology and Biotechnology.

“The University Management wishes to congratulate the promoted academics.

“It is hoped that in reciprocation, this will motivate the promoted academic staff to work harder and be more productive in the discharge of their duties,” he said.

The News Agency of Nigeria (NAN) recalls that the university had earlier in August announced the promotion of six academic staff to professors and seven others to associate professors. (NAN)