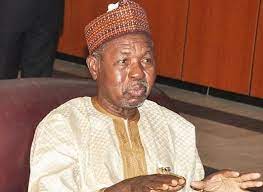 GOV. Aminu Masari of Katsina State said over 700,000 vulnerable people in the state were enrolled into the state’s health insurance scheme.

Masari disclosed this when he received the Director-General of the Micheal Imoudu National Institute of Labour Studies, Mr Issa Aremu on a courtesy visit.

This contained in a statement on Thursday, in Katsina by Malam Al-Amim Isa, Director-General (DG), New Media to the governor.

The governor, while lisiting the achievements of government in the state, said that his administration had succeeded in coming up with various programmes intended to uplift the standard of the common man.

These, he said, included social security programmes that allowed for direct cash transfer to most vulnerable families, school feeding and market money, among others.

Masari also called on the labour leaders in the country to pay more attention to fundamental issues that would add value to salaries earned by the workers rather than wage increase.

He said that salary increase only lead to increase in the prices of goods and services.

Aremu, in his response, disclosed that  Masari had been selected among the three labour-friendly personalities in the country to be given the fellowship award of the institute in 2023.

He added that the other two awardees were: The Minister of labour, Dr Chris Ngige and the Minister of State for Labour, Mr Festus Keyamo. (NAN)