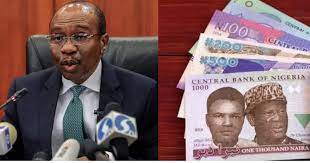 THE Central Bank of Nigeria seems not to be shifting ground on its decision on the deadline on the use of the old Naira notes.

The CBN has taken another step to sensitize the public by sending out Short Message Services, SMS, to the phone numbers of bankers.

In a text message received by Realnews, the CBN advised the public to return all their old bills to the bank.

Realnews reported that on October 26, 2022, Godwin Emefiele, Governor of the apex bank, announced that the Naira notes would be redesigned and circulated to mop up the naira notes that have been starched by individuals back into the vaults of the bank.

Emefiele stated that the CBN expects to mop up over 80 per cent of the currency in circulation, which are outside the vaults of commercial banks and worsening shortage of clean and fit banknotes with attendant negative perception of the CBN.

The CBN said that at the time of the design of the policy, there was about N2.7 trillion outside the banking system, out of the N3.2 trillion in circulation.