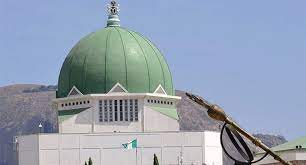 THE Nasarawa State House of Assembly Committee on Finance and Appropriation has decried the violation of its relevant laws by the state Ministry of Finance.

Thus, the assembly said, the ministry should respect all laws passed by the legislature and assented to by Gov. Abdullahi Sule in the interest of peace and for the overall development of the state.

Alhaji Aliyu Dogara, the Chairman of the committee, said this when the management of the ministry alongside state Accountant General, Mr Zakka Yakubu,  appeared before the committee on its 2022 budget performance assessment on Friday in Lafia.

“We have decided to invite you in order to assess your 2022 budget performance.

“We frown at violation of laws passed by this House,” he said.

Dogara also urged the ministry to ensure effective supervision of MDAs in the interest of transparency and accountability.

He also cautioned against over spending by MDAs.

The chairman however commended the ministry for its fair revenue performance and called on them to do more.

“We want to assure you of our continued partnership in order to take the ministry and the state to the greater heights,” he said.

Earlier, Mr Daniel Agyeno, the state Commissioner for Finance, appreciated the committee for supporting its activities to succeed.

The commissioner assured of the state government continued commitment to ensure transparency and accountability in its activities at all times.

Also speaking, Messrs Emmanuel Alidzi and Akolo Ataka, the Permanent Secretary and Director of Budget of the ministry, respectively, while briefing the committee on the budget performance of the ministry and the state at large, said that the state is doing well in terms of revenue generation and execution of projects.

They assured of their readiness to explore more ways of generating more revenue for the the state government.

On his part, Mr Zakka Yakubu, the state Accountant General, however told the committee that the state is having over N9.2 billion outstanding approvals.

“The actual fact is that in most cases approvals outweight available funds.

“So what we do is that the payment of approval is based on priorities with available funds with directive by His Excellency,” he said.

The accountant general also assured of continued transparency and accountability by the current administration of the state. (NAN)