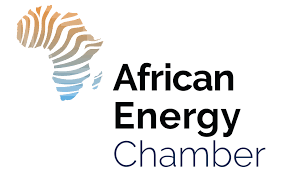 The response from Europe has been a wave of new lawsuits undermines energy poverty, climate justice, jobs and our economy recovery. No one loves the environment more than we do. We are the greatest environmental lovers and should not take lectures on it. Western Groups have targeted African energy sector and are working hard to make lawsuits against financing African oil and gas a growing and thriving industry.

The difference is that anti African lawsuits from Friends of the Earth (https://bit.ly/3Xj6X0u) Chloé Farand (https://bit.ly/3GEolpu) Extinction Rebellion (https://bit.ly/3GNbkdf) undermine businesses of all sizes, our competitiveness and our economic recovery. You almost have to admire their ingenuity and dishonesty. They have engineered devastating public relations campaigns against Africans while their homes are powered by coal. Fortunately, U.K. judges have not yet bought their tactics — but that doesn’t mean these hate groups will stop trying!

Condemning Africans to poverty and misery is wrong. Preventing us from using our natural resources for our development while you take even our coal to Europe to power your wealthy lifestyle and keep our children in the dark is sinful. They called it climate action. I hear dumb ideas every day of the week, but this one takes the cake!

There’s no denying that climate change is affecting Africa. One has only to look at the extended drought in the south to see how devastating things can be when customary weather patterns are disrupted.

The thing is, Africa is being affected by a crisis NOT OF ITS OWN MAKING. If contributing just 3% of global emissions could cause issues like what we’re seeing in Somalia, for example, the world’s nations that produce far more greenhouse gases should be dried up, under water, blown away, or burned to a crisp by now.

Consider this: Prominent American climate activist Bill McKibben (https://bit.ly/3iMLfTO) said that the world can’t fight climate change if TotalEnergies (https://bit.ly/3GEp1ew) and Uganda (https://bit.ly/3Hao9Q6) goes through with building the East African Crude Oil Pipeline. Yes, according to McKibben, that one action will derail the entire carbon reduction scheme and offset anything any of the world’s other countries are doing to reach net zero. Seems ridiculous, doesn’t it?

What’s even more perplexing—or perhaps outlandish—is that McKibben has taken aim at a pipeline that will transport just 210,000 barrels of oil per day. That’s roughly equivalent to 1.8% of the total output of the U.S., but he claims it must be stopped, or everything falls apart. What’s the point of any climate effort anywhere if it can be undone by a relatively small pipeline that might actually be a lifeline in one of the world’s most impoverished nations?

Chloé Farand a wealthy French activist whom according to our sources vetoed every decision in her previous Orgarnisation to hire black employees, has recently been deployed to Kenya with a mission to fight energy development in East Africa. Kenyans, Rwandans, Ugandans should pay special attention to this and also the upcoming vicious and dangerous campaign against EACOP.

Why will someone who refuses to work or seat around people of color be so keen to work in Africa in the name of Climate justice. Her racist past does not qualify her to talk about fighting for Africans in Kenya and Uganda. Racism, sexism and anti-Semitism are wrong, and we Africans must forcefully condemn it. Farand should start by apologizing rather than running to Kenya so she can go back to Europe and say look, I have a black friend. Nice Try but we got you. While we believe in Africa’s openness and free speech, we will vigorously oppose and confront any action to prevent the development of EACOP and our fight against energy poverty.

And speaking of pressure from powerful external forces, is Chloé Farand, Extinction Rebellion, Friends of the Earth, Greenpeace’s approach truly free of “neo-colonial” elements? I didn’t know Greenpeace was a Pan Africanist NGO. Is the NGO using its position as one of the world’s most well-known environmental groups to ensure that local environmental advocates have a bigger bully pulpit? Is its opposition to EACOP rooted in the dreams and desires of ordinary Ugandans and Tanzanians, or is it trying to impose a solution from outside, on the basis of the global environmental movement’s pre-existing animus towards fossil fuels?

It’s wrong to use a historically and emotionally loaded word like “neo-colonialism” in this instance. It’s wrong to imply that Tanzania and Uganda have been coerced into working with foreign corporations, and it’s wrong to invoke colonialism in the hope of convincing Africans to listen to a different group of people who think they know best.  Let Africans decide for themselves!