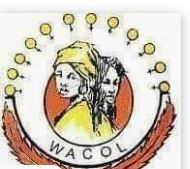 THE Women Aid Collective (WACOL), an NGO,  has called for laws to  end  obnoxious and harmful traditional and cultural practices against women and girls.

The group made the call during a two-day Training for Magistrates and Customary Court Judges on Transformation of Social Norms and Practices that constitute Violence against Women and Girls in Anambra and Enugu.

WACOL is organising the training in collaboration with Ford Foundation in Enugu.

Some of such anti Women cultural practices they noted are, denial of inheritance, dissolving of marriage and custody of child amongst others.

They noted that Magistrates and Customary Courts judges who were closed to the people had enormous role to play especially in their administration of justice by ensuring that women and girls rights were protected.

Speaking at the event, the Executive Director, WACOL, Prof. Joy Ezeilo said the workshop is aimed at training lower court judicial offers from the Magistrates’ and Customary Courts in Enugu and Anambra on application of laws that borders on women and girls’ rights.

”The Nigerian Constitution is superior to any customs and tradition. The judges must not base their judgment and interpretation of laws when handling the issue of marriage, divorce and other violence against women on traditional norms,” she said.

While applauding participants for honouring the invitation, the director told them similar trained had been held for traditional rulers and community leaders to protect the rights of women and girls in their various communities.

A Board Member of WACOL, Prof. Nkemdilim Izuako, said that Igbo norms and practice placed custody of a child on a man irrespective of age but urged the judges to consider the interest of underaged children when dissolving a marriage.

She stressed that such child ought to be given to their mother for proper caregiving.

“They should look beyond the emotional well-being of the child and give a judgement that will support the child’s mother as she is in a better position to care for the child.

“The judges should apply the laws more holistically by taking into consideration of international laws and regulations which has come to ameliorate some of the customs.

“Judges has a responsibility of interpreting the laws in the best possible way to benefit society,” she said.

The Board Member added that the group was not abolishing traditional practices but would not uphold them when they are detrimental to others.

Earlier, a Resource Person, Prof. Ogugua Ikpeze while emphaising on the topic “Women Right in National and International Treaties” said that courts had become part of elimination of violence against women.

She noted that lower courts which are the first instance of norms can do better by the way they apply them to benefit women.

Mr Princewill Iwuofo, the President of Customary Court Awka, described the training as ‘great workshop and insightful’ that would go a long way in enlighten and promote parity of genders in respect to societal norms for the well-being of women.

“The workshop has enlighten us that judicial officers can adjudicate such matter to bring parity and interpretation to have a balanced society,” he said. (NAN)