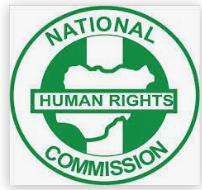 Ojukwu made the call in an interview with the News Agency of Nigeria (NAN) in Abuja.

He said effective internal control mechanisms have an essential role to play within a police accountability system, both from a preventive and reactive perspective.

”The National Economic Council {NEC},  recommended that outside the establishment of the SARS panel to deal with the current challenges, there should be another committee.

“We should also have a human rights and security committee at the state level headed by governors of the state, including the police, military, the Human rights commission, NBA and others,” he said

Ojukwu urged civil society to engage the governors of the 36 states to make sure that the committees are working.

“We have been able to pay compensation of N4.3 million; this is a monumental achievement for me because we have changed the face of human rights protection in the country.

“So what is happening now is that we have changed the narrative.

”We are a country of laws, there must be law and order. Why will a law enforcement officer be the one breaking the law?

Ojukwu said a lot of improvement have been recorded in the way the military rules of engagement in dealing with the insurgency.

”The military established what it calls Human Rights Desk, which is able to now internally deal with the issues of human rights violations or escalate them to the commission.

“That has also led to the formation of the civil-military department of the Nigerian military which is now established in all the three arms of the military, Navy, Air force and Army.

“There are civil military relations and they have human rights desk there and there is also a human rights advisor in the office of the Chief of Defense Staff (CDS)”he said.(NAN)