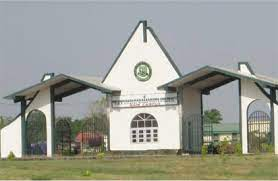 NIGER House of Assembly has asked the Vice Chancellor of Ibrahim Badamasi Babangida University (IBBUL), Prof. Abu Kasim and the Governoring Council to appear before it to explain the rationale behind the institution’s inability to commence study of medicine.

Also to appear on Jan. 26, alongside the VC is the state Commissioner for Tertiary Education, Alhaji Abubakar Aliyu, to explain why the university was yet to commence the study despite advertising the admission for two consecutive sessions.

The invitation was sequel to a motion presented before the house by Alhaji Mohammed Haruna (APC-Bida II) during the plenary in Minna.

Haruna in his motion, said IBBUL was the only university in the state that offered conventional courses.

He said that because of the university conventional status, a lot of indigenes and non-indigenes seeking to gain admission into the institution and those with the desire to study medicine, were being disadvantaged as the course was yet to commence.

“This motion is borne out of concern that the university, for the past two sessions, has been advertising the study of medicine but they are yet to commence.

“That is why we said let us invite them to know what are the challenges in putting up the advert on the portal but they have not started,” he said.

The lawmaker noted that gaining admissions into other universities, especially to study medicine, was very difficult and competitive, thereby making children go through extreme difficulty and most often, don’t get admission for the desired course.

He noted that with the exodus of medical personnel, especially doctors from the state, there was an urgent need to come up with measures to facilitate the commencement of the course and other medical related studies in the university.

Speaker of the House, Abdullahi Bawa, while reading the resolutions of the house, said the VC and the governoring council should appear before it to explain the rationale behind the institution’s inability to commence the course after advertising it on its portal twice.

He said the house also resolved that the state Commissioner for Tertiary Education should appear alongside the VC and the governoring council of the university. (NAN)