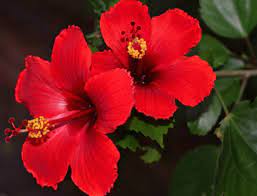 NIGERIA is expected to earn about $3 billion annually when it resumes exportation of hibiscus flower to Mexico from January next year.

Nigeria had maintained a good trade relations with Mexico in the exportation of hibiscus until 2017 when the relationship was suspended upon discovery that some containers of hibiscus flowers brought from Nigeria were contaminated with pests. During the period, Nigeria raked in over $600 million annually before the exportation was suspended by the Mexican authorities.

Bello disclosed that upon his resumption as the Nigerian envoy to Mexico in June last year, he immediately swung into action aimed at resuscitating the relationship among other steps he had taken to take the trade relationship that had existed  between both countries to the next level.

According to industry players, hibiscus is a major income earner for the country, with Mexico importing about 85 per cent of Nigeria hibiscus. Despite its many uses and potentials, many do not know much about it. Dry hibiscus flower is one of the key raw materials in the global confectioneries industry.

“I made some enquiries as to what led to the suspension and having been properly briefed; I took it up from there.,” he said. “The coast became clearer in April this year when I went with my colleagues in the Embassy to the National Assembly (Chambers of Deputies) for the Inauguration of Parliamentary Friendship Group between Mexico and Nigeria. We told the congressmen the need to resume the trade in the presence of the Mexican Ambassador–designate to Nigeria, Alfredo Miranda, who promised to intensify efforts for the trade on hibiscus flowers to resume.”

Bello disclosed his excitement as all the efforts yielded positive result when the Nigerian delegation, led by Isegbe, signed the bilateral agreement.  At the signing ceremony were other Nigerian officials including the special assistant to the minister. Engineer Francisco Ramirez, the Director General,  SENASICA together with Dr Francisco Javier Arriaga, a director in the department, represented the United Mexican States at the ceremony.

Bello added that Isegbe and his team had earlier been invited to Pachuca, a distance of about two hours from Mexico City for the inspection of phytosanitory centre where some experiences were shared with the Nigerian delegation.

“A follow up meeting was coordinated in my office, between the mexican importers led by Mr Juan Carlos and Mr Ricardo Ramirez and the Nigerian exporters led by the Vice chairman, Association of Hibiscus flowers exporters, Alhaji Yerima Ibrahim, Alhaji Musa Sambajo, Mr John Oshevire and Mrs Halima,”  Bello said; adding that “the meeting was aimed at ensuring a long lasting relationship between both countries in this regard.”

Bello therefore expressed his appreciation to the The Mexican Ambassador to Nigeria, Mr Alfredo Miranda; Comptroller General, Nigerian Agricultural Quarantine Service, Dr Vincent Isegbe and his team; the Nigerian Television Authority, NTA Abuja; Director General of SENASICA, Engineer Francisco Ramirez and his team as well as the staff of the Nigerian Mission in Mexico for their supportive role during the process of resuscitating the trade relationship between the two countries.