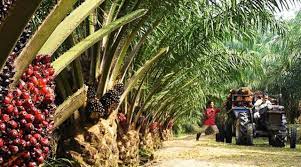 THE Management of Okomu Oil Palm Company says it is irrevocably committed to providing its host communities with the necessary Corporate Social Responsibility’s ( CSR) projects to sustain the existing cordial relationships.

The Managing Director of the company, Dr Graham  Hefer, said this in an interview with the News Agency of Nigeria ( NAN) on the sideline of the bursary award to indigent students of its host communities on Thursday at its headquarters, Okomu, near Benin City.

He said that the company had always ensured it carried out its CSR projects in line with known best practices as a multinational firm.

He said, “In ensuring equitable distribution of our CSR projects, we carry out the needs assessment of our host communities.

“And we ensure that representatives from our host  communities  during such assessment are made up of their executive members, youths, women and elders for a wider and more inclusive consultation.”

Hefer, however, said that the company’s operations were being threatened by activities of gunmen who had severally invaded its plantation, killing its personnel and destroying its facilities and equipment.

The MD alleged that the marauders usually gained access into the plantation through its host communities to carry out their attacks with no trace of who they were.

“We have lost eight personnel in the last three years to armed gunmen who invaded our company through our host communities.

“Last year, we lost 100 tons of rubber to the invaders. We are pleading with our host communities to encourage us to remain in business and sustain our CSR projects to them by watching our back.

“They should help us by exposing the criminal elements within their communities.

On the bursary awards, he said that no fewer than 287 indigent students across the 29 host communities had benefited from the policy in the last nine years, as part of its CSR projects.

Hefer said that 34 students received cheques for N110,000 each as bursary award.

He said that the company decided to increase the amount from N90,000 to N110,000 because of the inflationary pressures on the naira.

He challenged the beneficiaries to be more focused with their studies and be prepared to become entrepreneurs rather than looking for white collar jobs after graduation.

Miss Faith Agbonze, who responded on behalf of the other beneficiaries, commended the Okomu Palm Oil Company’s management for the gesture.

She assured the company that they would be more serious with their studies.

Earlier, a community relationship expert, Mr Kingsley Ehinmwinghe, had spoken on the need for sustained community-company relationships for the growth and the development of both entities.

Ehinmwinghe speaking on the topic: “Community/company: A recipe for progress (Alaghodaro)’’, said that there should be flexibility in policy implementation, especially, in the area of a company’s CSR.

He said that internal leadership distrust within communities could breed conflicts.(NAN)