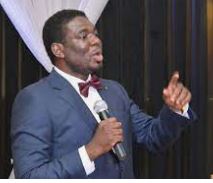 THE Petroleum and Natural Gas Senior Staff Association of Nigeria (PENGASSAN) has called for proactive measures to curb high rate of oil theft and pipeline vandalism to spur productions in Nigeria.

PENGASSAN President, Mr Festus Osifo, made the call on Wednesday, in Abuja at a news conference heralding its new Advocacy Programme with the theme “Chasing Oil Thieves and Vandals out if Business”.

The News Agency of Nigeria (NAN) reports that the PENGASSAN’s Awareness Campaign Programme which aims at highlighting evils of oil theft and pipeline vandalism will hold Thursday, Sept. 8, in various zonal locations of the association nationwide.

Osifo, who urged the government to take immediate action on the criminality, threatened that after the association’s  advocacy if no traceable progress was seen, it would be forced to withdraw its workforce.

He expressed worry that Nigeria had been struggling to meet over 1.8 million barrels per day production quota of the Organisation of Petroleum Exporting Countries (OPEC) due to challenges occasioned by oil thefts and pipelines vandalism.

He decried the fact that due to this real time challenges a lot of oil companies were shutting productions and folding operations because they lacked sustenance and could not pay salaries.

“Our members are loosing jobs in the service companies. Agip has literally shut down productions , Addax petroleum shut down its OML 124 completely, Total OML 58 has challenges and shut too, while SPDC was one of the worst hit as at today.

“This is the first time in years the crude oil price is hitting the roof and risen astrometrically and crossing hundred dollars per barrel in the international market.

On this note, he said the association, had earlier engaged the government including, captains of industry, security chiefs and agencies whereby it proffered some solutions to curb the menace.

The president, while listing some recommendations the association proffered to government said it requested for consequent management and advocated sanctions to be put in place for officials in charge.

According to him, the association also advocated the use of latest technologies for pipeline surveillance and control room monitoring being evolved globally especially, in Qatar and Saudi Arabia and others that.

He said it also advocated that three per cent assigned for host communities to be increased to five per cent while local chiefs should be empowered to monitor the channels before intended proactive measures.

He said it equally advised that security chiefs should hold the security officers sent to the creeks in Niger Delta accountable and anyone that derailed or compromised should be punished or sent to prison as deterrent.

According to him, the engagement overtime has not yielded any fruit or results rather the menace continue to bedevil the country.

“After the advocacy rally, our Central Working Committee will appraise the situation after one or two months, if there is no substantial or traceable progress made, the association may be forced to withdraw its workforce from productions.

“Government must wake up, we want to see tangible evidence and results. The rhetoric must stop. This is the time to practicalise the talks, government must develop muscle to tackle the menace, “ he said. (NAN)