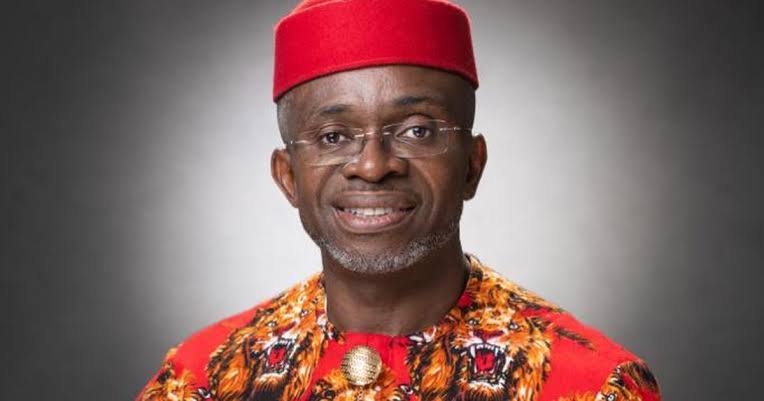 A philanthropist, Prince Ike Chioke, says he has concluded plans to establish an electronic library and ICT centre in Central School, Obioma in Udi Local Government Area of Enugu State.

Chioke, the Group Managing Director of Afrinvest West Africa, said this on Tuesday in the community while receiving textbooks, on behalf of the school, from a delegation from BookmySchool, an NGO, led by its Chairman, Mr Abdullahi Idris.

Chioke, who reconstructed and remodeled the school from foundation to its roof, re-commissioned it in December 2021 with the approval of the state government.

The philanthropist commended the NGO for the textbooks, adding that the process of deepening the quality of education in Obioma community by expanding knowledge and understanding, was well underway.

He said: “The first time I wanted to receive a donation of textbooks from BookmySchool, we didn’t have the facilities to receive them; therefore, I decided to build a school.

“And building a school is not just enough, if there are no textbooks for the pupils and students. That was one of the things that motivated me in building this facility (central school) for my community.”

Chioke noted that education remained the key to lifting future generations of Nigerians out of poverty and ignorance.

The philanthropist said that he wanted to bring telecommunication capacity and information age to the community, so that a child in a private school in Ikoyi, Lagos, would not have any advantage over a child in the public school in Obioma.

“I believe that the 40-seater Information and Communication Technology (ICT) centre could in the future, house an army of smart and young computer programmers in this community.

“They could, through computers, work for companies and earn salaries to support themselves and their families without leaving the Obioma community,” he said.

Earlier, Idris said that BookmySchool, through its various donations, had encouraged teaching and learning in schools by supplying textbooks and other educational materials to public schools.

He said that the textbooks were more than 400, covering various elementary subjects, dictionaries, pupils’ encyclopedias, novels and storybooks among others. (NAN)